He's been in Coronation Street from the very start and, with the charisma that comes with the legendary Ken Barlow, it is easy to see why he's still on the cobbles nearly 60 years later.

Bill Roache, who plays the legendary Ken Barlow, will go down in soap history as the longest-serving male television star in a continuous role. Having appeared in Corrie's very first episode on 9th December 1960, Ken has seen it all.

The Barlow family have been at the very centre of some of the biggest storylines that Coronation Street has ever seen... but as various Barlow family members come and go, there is one familar face that has stayed the same, and that's Ken.

Created by the one and only Tony Warren, Ken Barlow has stood the test of time over the years, and even Bill himself has admitted that he has no plans to ever leave his role on the soap and will remain in Coronation Street for as long as they will have him. Hurrah!

Here is a short history of what Ken has been up to for the last 60 years...

Ken in the early days

Ken was raised by his working class parents, Frank and Ida Barlow, and had a younger brother, David. But, being well-educated and politically minded, Ken quickly stood out from the crowd, which caused friction between Ken and his father. 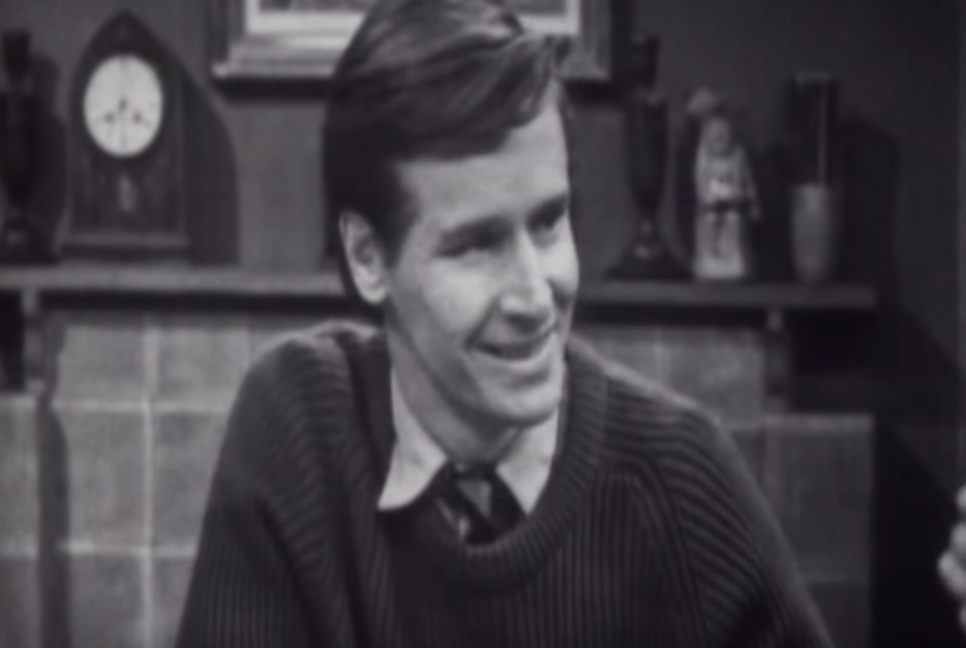 Ken has been in Coronation Street from the very first episode (Credit: YouTube/ITV)

In 1961 Ken's mother, Ida died after being hit by a bus, and his brother David died in 1968 shortly followed by Frank's death in 1971, quickly leaving Ken the last surviving member of the original Barlow family.

Ken's no stranger to a good wedding, having got married four times on the soap. He married his first wife, Valerie Tatlock (played by the legendary Anne Reid) in 1962, and the couple went on to have twins, Peter and Susan.

But while Ken's philandering ways made their marriage a slightly rocky one, the pair loved one another and always reunited in the end.

Ken was left a single parent after Valerie was suddenly electrocuted by a faulty plug on a hairdryer, leaving everyone heartbroken. 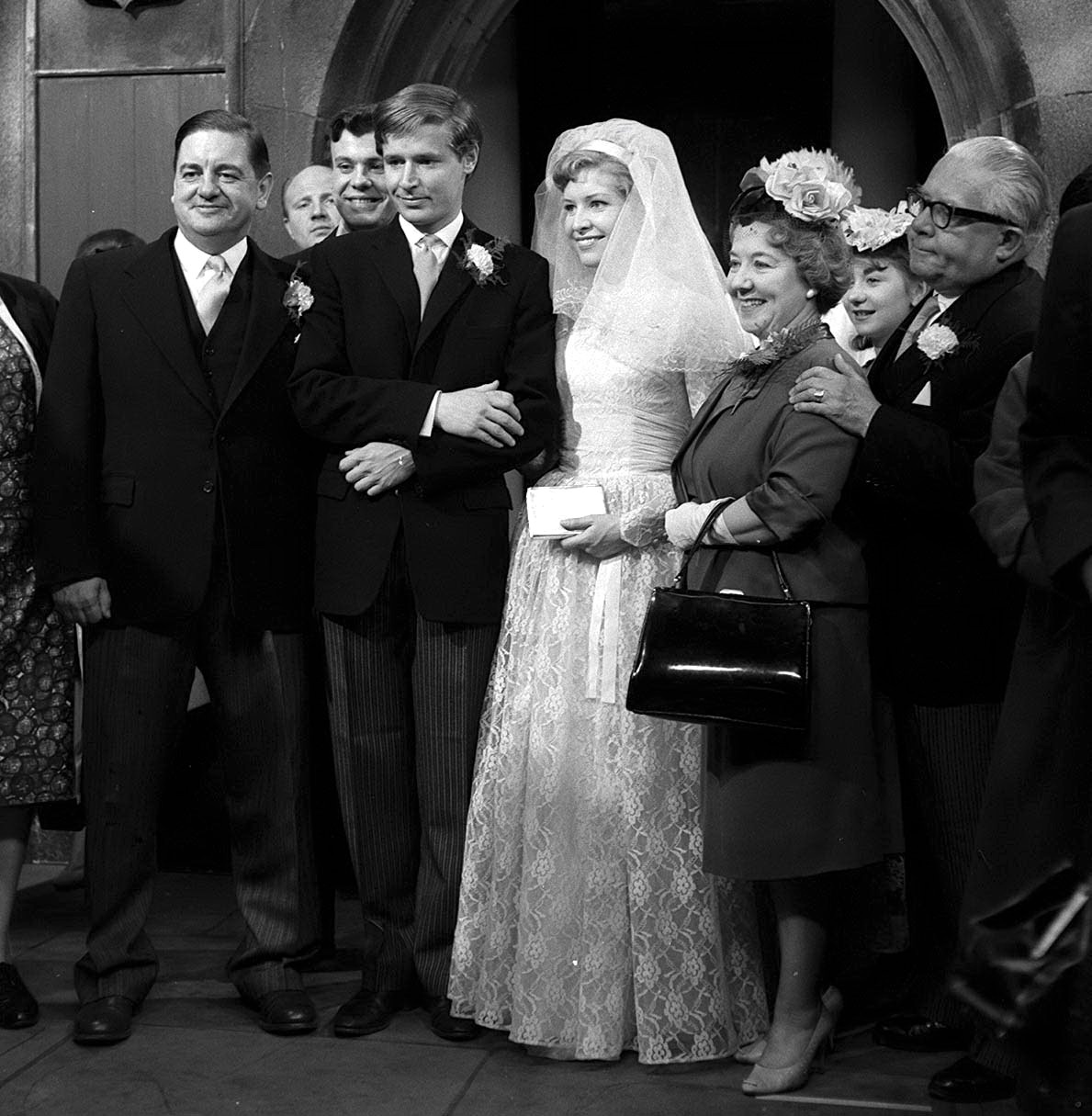 In 1973 Ken went on to marry Janet Reid, but when she refused to be a mum to his two children they ended up separating just a year later.

Their relationship continued to be on and off again until 1977 when Ken told Janet that they were over for good, only for her to take the news badly and kill herself by taking an overdose.

Ken found her dead in bed the following morning. 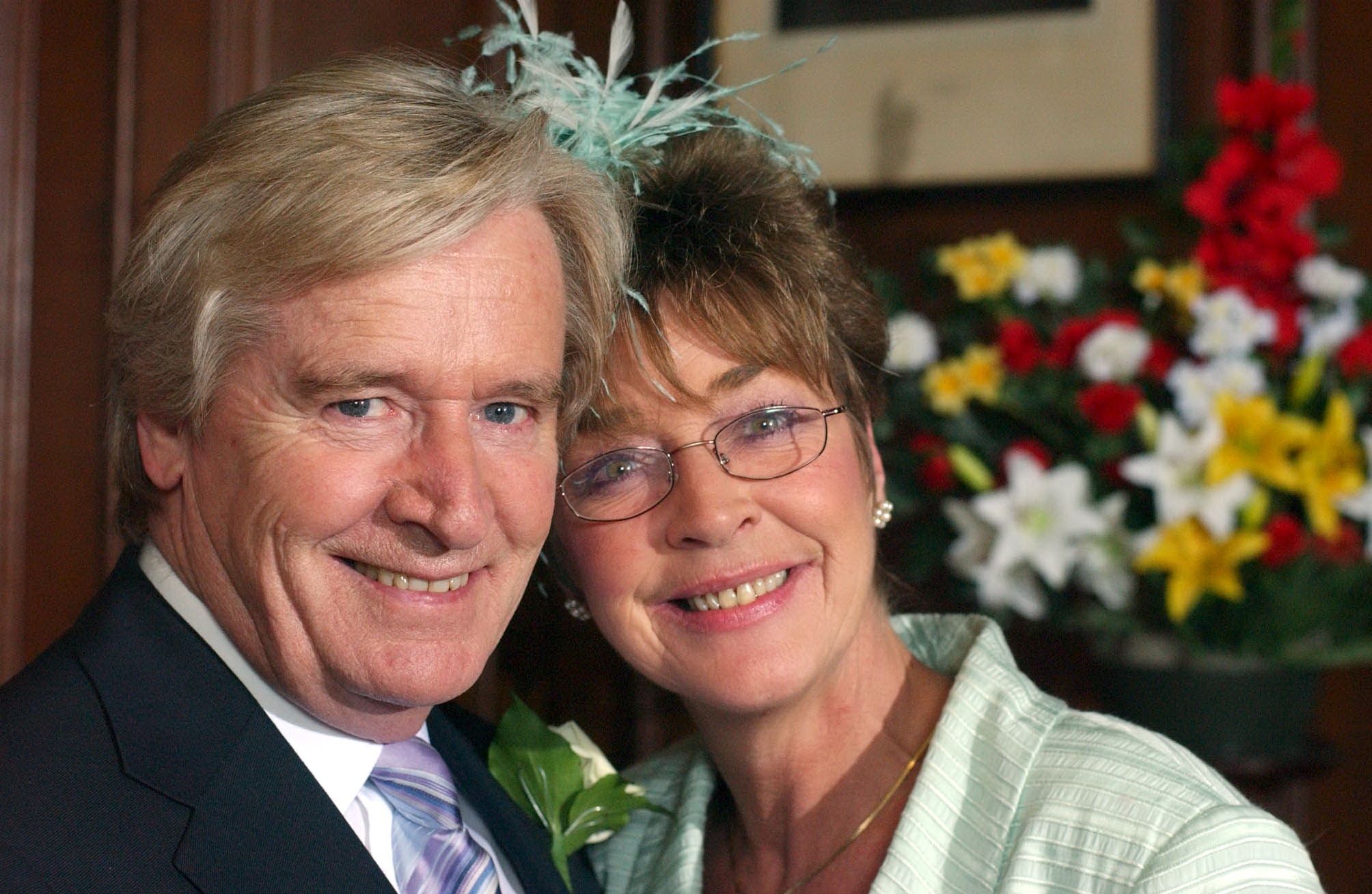 In 1981 the dream team that was Ken and Deirdre began.

The pair got married and Ken adopted Deirdre's daughter Tracy. But their marriage turned sour when Deirdre had an affair with factory owner Mike Baldwin, and so began one of soap's most legendary love triangles.

Ken and Deirdre separated in 1990 and they eventually got divorced after Ken had a fling with Weatherfield councillor Wendy Crozier, while he worked as a newspaper editor at the Weatherfield Recorder. 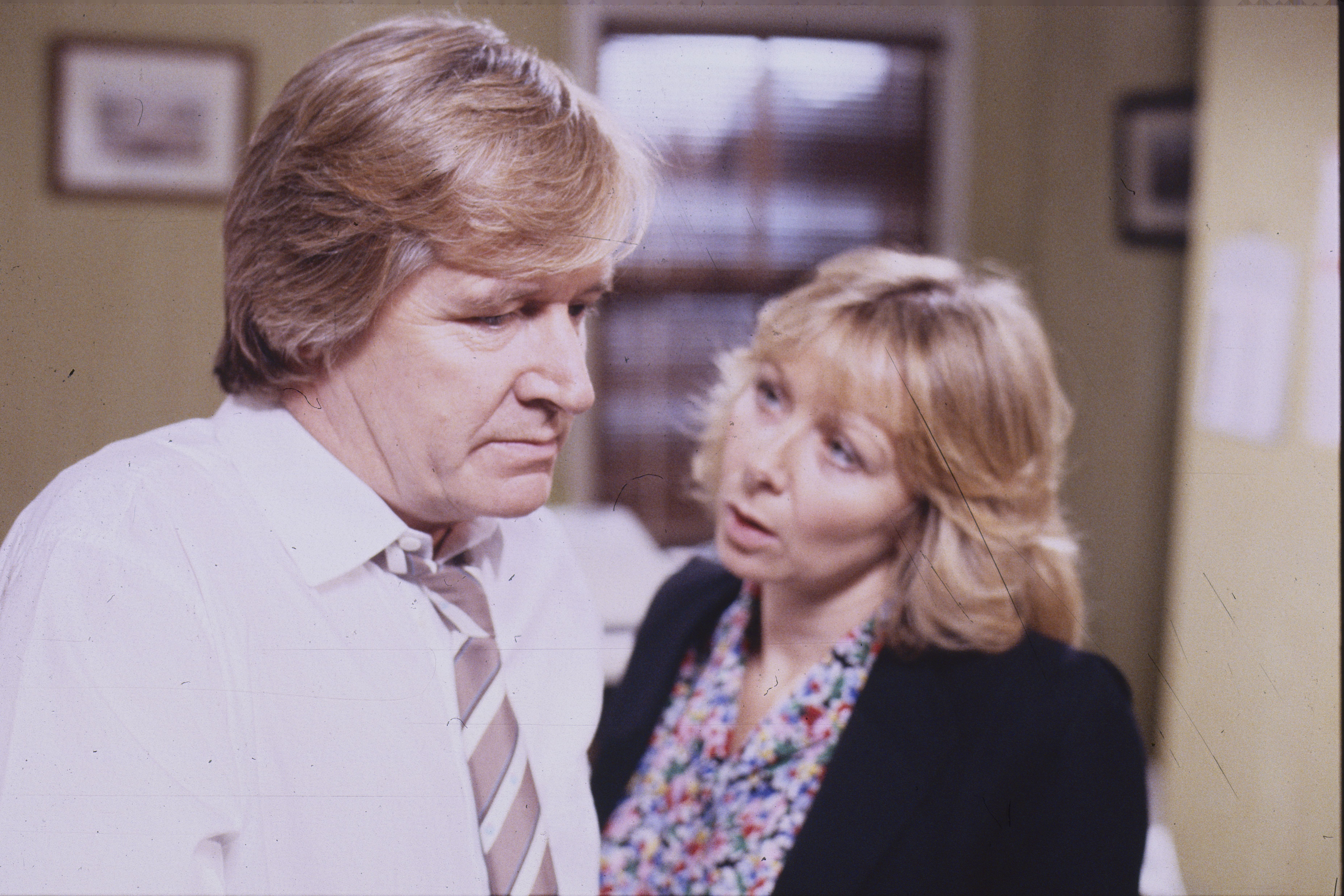 Ken and Wendy Crozier had an affair when they worked alongside each other (Credit: ITV/REX/Shutterstock )

Ken and Deirdre both had relationships with other people following their divorce, with Ken even fathering a son, Daniel, after a brief relationship with hairdresser Denise Osbourne.

Ken and Deirdre finally reunited in 1999 and eventually remarried in 2005.

But their marriage was still a rocky one, not only had Deirdre slept with Dev Alahan, but Ken went on to have an affair with Martha Fraser, who he planned to run away with on her canal boat. 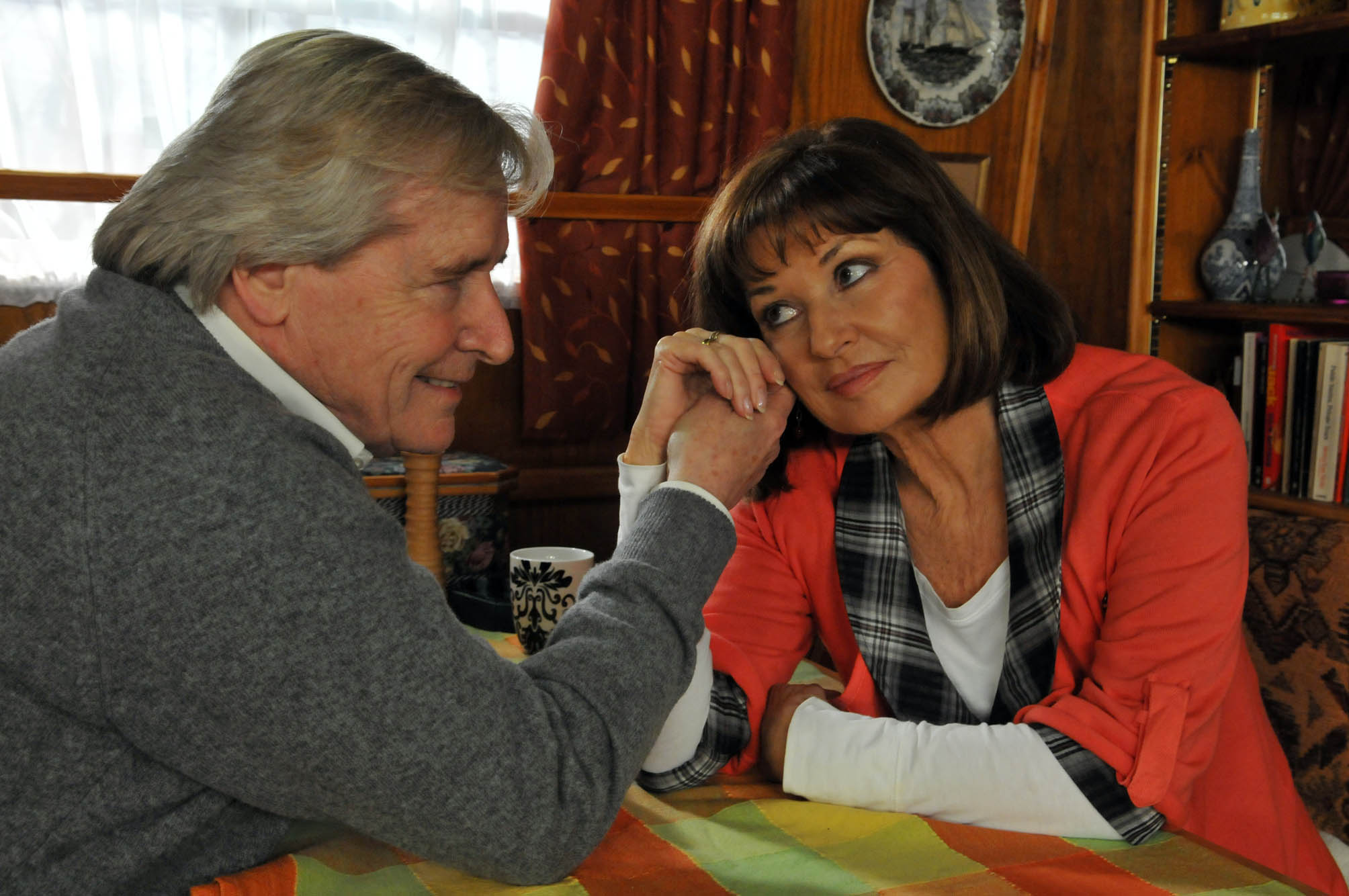 Ken nearly ran away with Martha on her canal boat (Credit: ITV/REX/Shutterstock )

Thankfully he came to his senses at the last minute and went back to Deirdre, confessing everything.

The pair's marriage continued until Ken's world came crashing down in July 2015 when Deirdre died from a brain aneurysm while visiting her friend Bev Unwin.

As well as his twins, Peter and Susan, his son Daniel, and adopting Tracy, Ken also discovered he had another long lost son in 2010 when a letter was found tucked in the skirting boards of the house that he'd lived in back in the 60s.

It was written by Ken's first girlfriend, Susan Cunningham, and revealed she had a son called Lawrence, who was Ken's child.

Ken's kids have certainly kept him on his toes over the years (Credit: ITV)

Ken tracked down his son, who was played by Bill Roache's real life son, Linus Roache, but their relationship was rocky thanks to Lawrence's homophobic behaviour towards his own son and Ken's grandson, James. James was played by another of Bill's sons, was is also called James.

In 2017 Ken's family turned on him when he was pushed down the stairs by a mystery assailant who Ken had angered. Peter, Tracy, Daniel, grandson Adam and even young granddaughter Amy were all in the frame. But it was revealed to be Daniel who tried to off his father, though they have since repaired their relationship.

Read more: Underworld: Every owner of the Coronation Street factory

Not only did Ken and Mike share a mutual dislike for each other because of their rivalry over Deirdre, but they also fell out when Mike married Ken's daughter, Susan.

The marriage was short-lived, but that wasn't the end of the war between the two men.

After Mike discovered that Susan had given birth to his son, Adam, and kept it a secret, the pair had a huge fight leading to Susan fleeing Weatherfield.

But as she drove away she was caught up in a fatal car crash, leaving a devastated Ken to fight Mike for custody of Adam. 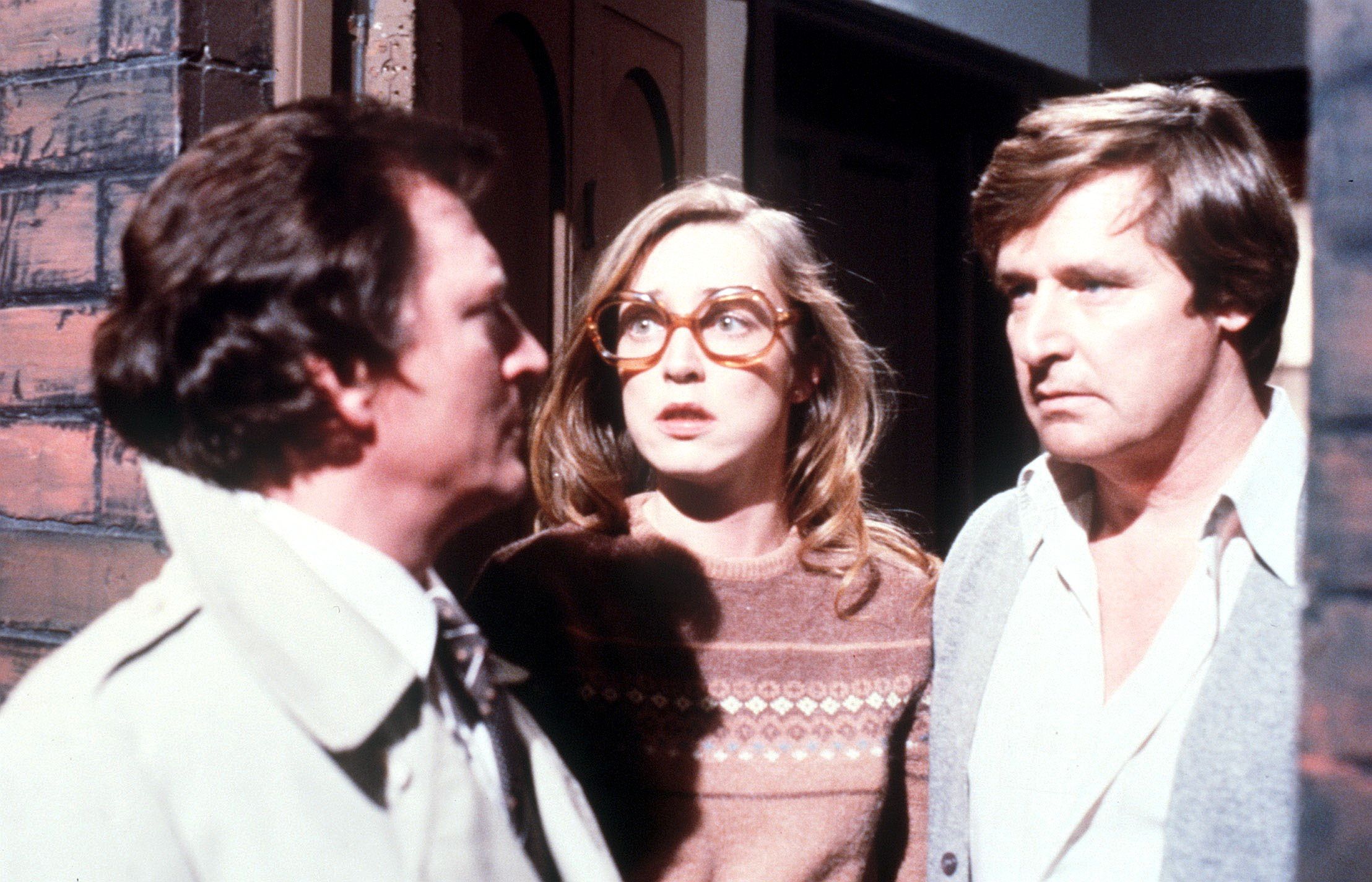 The Ken/Deirdre/ Mike love triangle was one of the best in soap (Credit: ITV/REX/Shutterstock )

But Deirdre wasn't the only woman they fought over.

The pair both went to war over Alma Sedgewick, and when Ken dated Maggie Redman, Mike was fuming because he shared a son, Mark, with Maggie, and he couldn't bear the thought of Ken sharing Christmas with his family.

Today Ken is still the centre of many Coronation Street storylines, and the Barlows are very much at the core of the show. Here's to many more amazing years with Ken on the cobbles!

What is your favourite Ken moment? Leave us a comment on our Facebook page @EntertainmentDailyFix and let us know what you think!