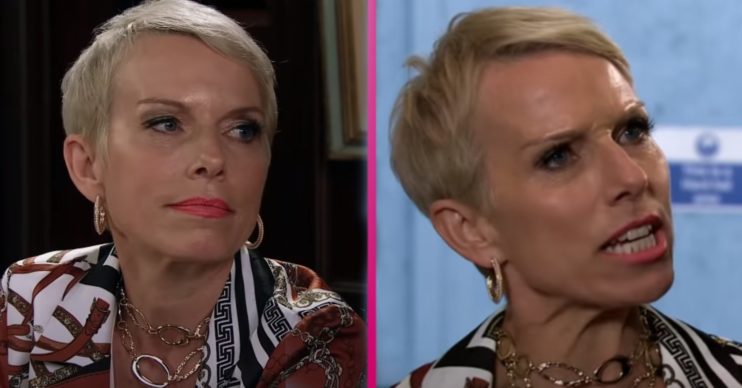 Sue has her own experiences of some addictions in the past

Coronation Street star Sue Devaney has asked that people show more understanding for those who struggle with addiction.

The actress, who plays Debbie Webster in the ITV soap, recently spoke about her struggle with mental health in the past and her drive to help others.

She told Big Issue: “I’m passionate about helping these people because I know what it’s like to have no money. No job.

“I have experienced mental health issues, low self-esteem, low self-worth like many of us.

“I know what it’s like to be an addict. People turn to substance abuse because, initially, it takes the pain away, even if it’s just for an hour or so.

“Then, it stops working and the very thing you used to take the pain away is causing you catastrophic pain.

She added: “I had the disease of more, more, more… more drink, more sugar, just an insatiable appetite for the bad things in life!

“Nothing in moderation, everything in excess. I attracted the wrong type of folk.

The 53-year-old actress believes there are some common misconceptions surrounding the plight of homeless people in the UK.

She explained: “There’s a huge misunderstanding towards homeless people because some of them, not all of them, drink and do drugs.

“And that’s something I think a lot of people don’t get.

“They need help. Not judgement.”

Sue is currently working on a campaign dubbed New Issue with Big Issue North West, which encourages businesses to fund £40 a year on a subscription – with the money directly going to help the homeless.

It was recently revealed Sue would be returning to Coronation Street.

Debbie returned to Weatherfield last year to tell her brother Kevin about the death of their Aunt Vi, who left her £200k.

But Debbie generously gave the money to Kevin, which he split with his kids Rosie, Sophie and Jack.

Are you looking forward to her return?