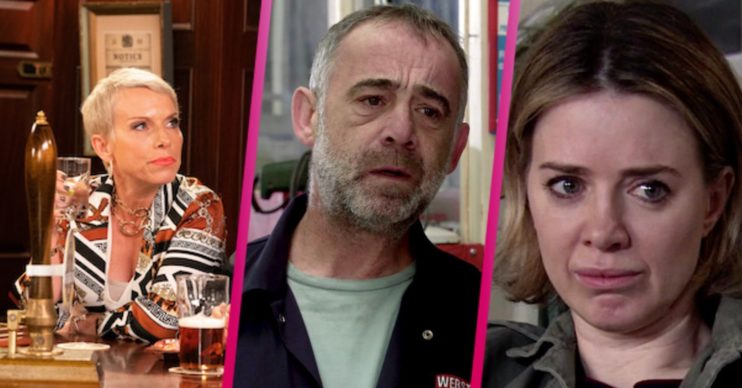 She'll be back for another guest stint

Kevin Webster’s sister will be back later this year, Coronation Street has confirmed.

The character will be around for a longer stint this time after her last appearance in 2019 only saw her in town for a couple of episodes.

It’s fair to say she’s going to ruffle a few feathers on her return – specifically those of Kevin’s latest squeeze, Abi Franklin.

Abi has just moved in with Kevin and they are starting to play happy families. But Debbie could throw a spanner in the works as she’s said to make it clear she doesn’t approve of Abi.

Will Kevin be forced to choose between his sister and his girlfriend?

When did we last see Debbie in Coronation Street?

Her return will be great news for fans who begged for her to stick around last time after only a week on-screen.

She returned to the cobbles in October last year after 34 years away to break the new to Kevin their aunt had died. The aunt in question had also left Debbie £200k in her will.

But generous Debbie had decided to give Kev the money and he agreed to take it and split it between himself and his kids Rosie, Sophie and Jack.

The money enabled Sophie to go off travelling as actress Brooke Vincent headed off on maternity leave.

Meanwhile, Debbie and Kevin attended the funeral together and Debbie left straight afterwards.

Fans were ecstatic to see Sue Devaney return as Debbie.

Read more: Coronation Street: Elaine to save Yasmeen as she gives evidence?

Earlier this year Michael Le Vell, who plays Kevin admitted to Inside Soap he’d love to see Sue return again: “It was great working with Sue Devaney who plays Kev’s sister Debbie, I’d love to see her come back to Weatherfield and find out the mess that Kev has got himself into.

“He could do with someone to keep an eye on him.”

But we don’t think Abi will feel quite the same!

Coronation Street airs on Mondays, Wednesdays and Fridays at 7.30pm on ITV.