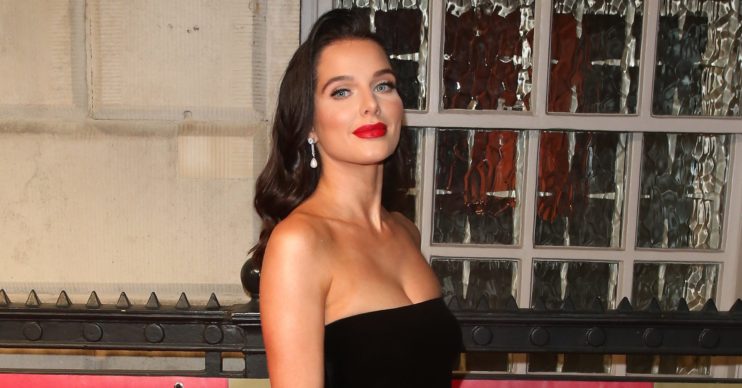 Helen was delivering the equipment for Scrubs 4 Heroes

Coronation Street star Helen Flanagan has revealed she had to be rescued by the AA after her car broke down whilst she delivered PPE.

The actress talked about the incident on her Instagram stories.

She told her followers: “So I broke down on the motorway today, I’m delivering some PPE and anyway I’ve broken down. But the AA are coming, I’m near a farm, I’m completely safe.

“I just spoke to my little girl on the phone and I literally can’t believe she’s going to be five next month but I just love the age that she’s at.

Later Helen posted an update. Alongside the picture of the AA van, she wrote: “So, car doesn’t look good but amazing service from @theaa_uk.

“I was two hours away from dropping off the PPE and Darren from @theaa_uk is travelling all the way to drop the PPE off @scrubs4heros. Thank you.”

Helen, who is mum to daughters Matilda and Delilah has been spending time with her children and fiancé Scott Sinclair during lockdown.

She recently revealed she has been working with charity Scrubs4Heroes and her sister has been sewing scrubs to be delivered.

Who does Helen play on Coronation Street?

Rosie let Weatherfield in 2018 in order to go and work on a gameshow in Japan. In real life, Helen left to give birth to Delilah.

Will Rosie Webster ever return to Coronation Street?

In November last year, Helen admitted to missing the soap but revealed she’s too busy to return.

Speaking to Daily Star Sunday at the time, she said: “I miss being on Corrie, but at the moment I’m just so busy.

“I’m trying to work out when I can go back. I don’t know when it’ll be. It could be next year but I’m not sure.

“It depends on my girls. My youngest is 16 months. Obviously when you’re a mum your kids come first. So it’s about finding the right time to do things. Being on a soap means you have a pretty busy schedule.”

Would you like to see Helen return to the cobbles as Rosie?