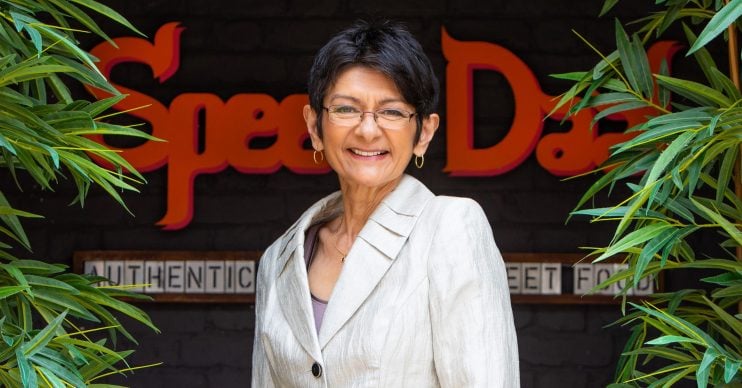 Yasmeen stabbed Geoff in self defence

In next week’s Coronation Street Yasmeen has her bail hearing. But will everything go according to plan?

After stabbing Geoff in self-defence, Yasmeen called the police on herself and was arrested.

But next week’s previews show Yasmeen at her bail hearing where she is represented by Imran.

She looks terrified in the dock as she is supported by Imran, Alya, Ryan and Toyah, but what will the outcome be?

Yasmeen has admitted everything to the police, so it makes Imran’s job difficult.

Will she get bail and return to her family?

After being forced to defend herself, Geoff ended up slumped on the kitchen floor with a neck wound.

In this week’s episodes, Yasmeen dials 999 and tells the operator that she’s killed her husband.

Seeing the ambulance and police arrive, Peter, Brian and Cathy head out of the pub and watch them pull up to No.6.

Tim rushes up the path but an officer blocks his way. The paramedics attend to Geoff, but is he still alive?

Yasmeen is taken to the police station and finds Imran waiting for her, having heard from Ryan.

In the Rovers, police begin to question the regulars about Geoff and Yasmeen’s relationship.

As Yasmeen sits in the police cell, the police search No.6 for evidence unaware they’re being recorded by Geoff’s secret camera.

Alya returns from Spain and heads straight to the police station.

Later in the week, Alya tells Sally that Geoff has been controlling Yasmeen for months and her grandmother never had a problem with alcohol.

Alya addresses Yasmeen’s friends in the Rovers, but what will she tell them?

As the police continue to interview Yasmeen, she is eventually charged.

What happened between Geoff and Yasmeen?

After months of abuse, Yasmeen finally hit back as Geoff threatened to kill her.

She hit him over the head with a wine bottle, and then used the broken glass to stab her husband in the neck.

But will she tell the police about Geoff’s ongoing abuse?