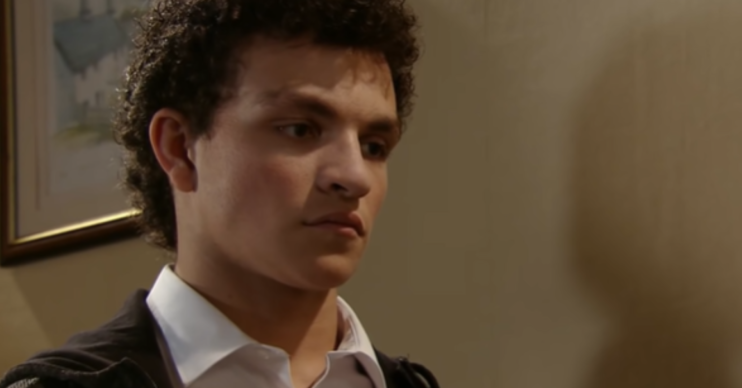 Coronation Street Alex Bain has reportedly hit back at trolls who have branded him a ‘bad parent’.

But he split with her mother, Levi Selby, who gave birth when she was just 16, eight months later, in May 2019.

Despite finding love again with pretty dancer Mollie, Alex has been subjected to some cruel trolling over his parenting skills.

What did Alex say to trolls?

In posts seen by The Sun, Alex ranted at those who criticised him. He has since deleted the messages.

He wrote on Instagram Stories: “Anyone [who doesn’t] like me and the way I’ve raised my daughter then they can pop up and DM me and we can talk about it, honestly had enough.”

He then posted a further message reading: “You all best believe that if I see another comment on my posts about me not being a good dad I will be coming for some heads!

“I have a challenge for these pagans, try being a single dad in the working industry… Oh yeah that’s right you’re some nobodies out here who can’t hold relationships!

“Pathetic excuse for men! Ya’ll don’t know what sort of stuff I’ve been through this year!”

Alex’s outburst comes after he declared his love for new girlfriend Mollie on social media.

Mollie wrote: “I’m so grateful to have you in my life, I miss you so much when you’re not with me, I love you so much.”

Alex replied: “I love you so much! I’m so glad you’re mine! I’ve never been happier!”

He also shared a collection of loved-up pics with Mollie back in February, with the caption: “I love her so much. Accurate representation of all my moods.”

I love her so much!❤️🌍Accurate representation of all my moods🤣! Grrr!🦁Maaa!💋

The couple met through Alex’s second job as a choreographer last December.

Who does Alex Bain play on Coronation Street?

Read more: Coronation Street fans beg soap for one thing when it returns

Alex has been playing Simon on Corrie since 2008 when he came to the Street following the death of his mum.

He moved in with alcoholic father Peter Barlow and his then-wife Leanne.

As Peter’s life spiralled out of control, Simon lacked a father figure and ended up acting out. He went through a phase of being physically abusive to Leanne.

He also got involved with a gang, bringing more trouble to the cobbles in the form of teen tearaway Tyler Jefferies.

Simon hasn’t been involved in many storylines of late, but is bound to get more air time as his stepbrother, Oliver, is set for a life-changing health diagnosis.