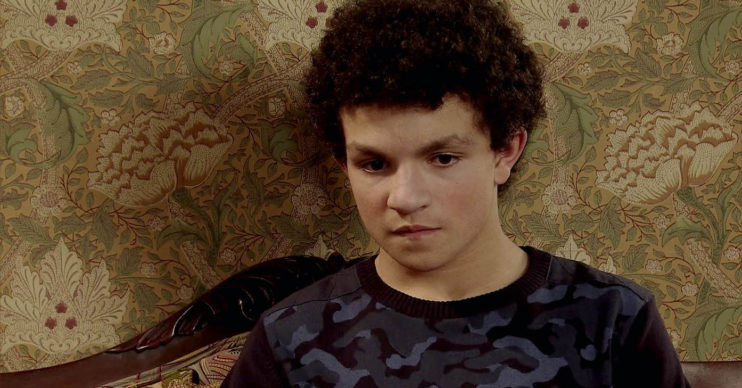 Coronation Street teenager Alex Bain has found love again following his split from the mother of his child last year.

The 18-year-old is dating pretty blonde dancer Mollie and the pair have declared their love for one another on social media.

Mollie wrote: “I’m so grateful to have you in my life, I miss you so much when you’re not with me, I love you so much.”

Alex replied: “I love you so much! I’m so glad you’re mine! I’ve never been happier!”

He also shared a collection of loved-up pic with Mollie back in February, with the caption: “I love her so much. Accurate representation of all my moods.”

I love her so much!❤️🌍Accurate representation of all my moods🤣! Grrr!🦁Maaa!💋

The couple met through Alex’s second job as a choreographer last December.

Alex is father to 17-month-old daughter Lydia-Rose with his ex Levi Selby, who gave birth in December, 2018 aged 16.

The couple split last May, eight months after their baby arrived.

At the time, a source told The Sun: “They’ve been through a lot together and they’re both still so young.

“It’s a shame they couldn’t make the relationship work but they’ve gone their separate ways.

“They’re both now just trying to move on but they absolutely adore their daughter.”

Alex has been playing Simon on Corrie since 2008 and in those 12 years he has faced some troubled times.

His mum died when he was only little and he then moved in with alcoholic father Peter Barlow and his then-wife Leanne.

Their marriage broke down and Peter moved on with Carla Connor. His dad was wrongly imprisoned for the death of Tina McIntyre.

Simon went through a phase of physically abusing Leanne and she eventually reported him to police.

He then got involved with a gang, but appears to have turned a corner now.