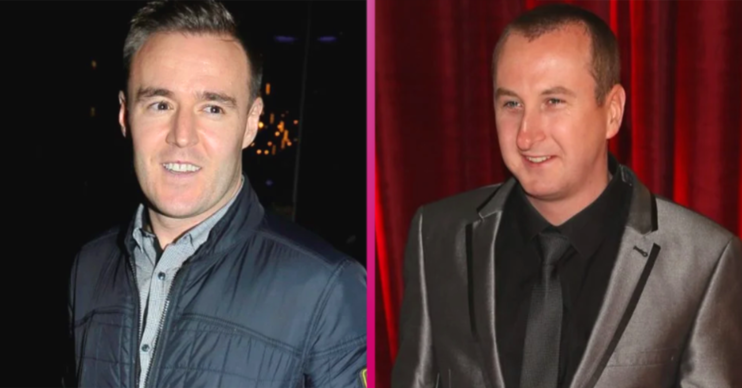 It's a good job the boys are friends!

In a post on social media, the Kirk Sutherland actor declared it’s a good job they’re best buds as otherwise Andy might have been offended.

Andy wrote alongside the picture: “When Alan Halsall sends you this and says twins he’s absolutely hammered me there.

Friends and other co-stars including Samia Longchambon (Maria Connor) thought it was hilarious, sending crying with laughter emojis.

“Full on done me, there,” Andy joked back, before adding: “I can take it pal, it’s very funny to be fair.”

With Coronation Street on a break from filming due to the coronavirus pandemic, Andy has been at home with his family.

He regularly posts to social media and is filming a lot of brilliant Tik Tok videos.

In fact, fans have insisted the clips are the ‘highlight of their day’ during lockdown.

In the videos, Andy can usually be seen dancing with his wife Nichola and daughter Hollie. But earlier this month they managed to persuade his son Thomas to join them.

Andy took time off filming Coronation Street last year to star in I’m A Celebrity…Get Me Out Of Here! He returned to the soap not long after I’m A Celeb finished.

However, last month Corrie stopped filming due to the coronavirus pandemic.

Andy’s character, Kirk, isn’t currently involved in any major storylines, but he often pops up in pub scenes and at the factory where he works.

With Corrie gearing up to return to filming in mid-June, Andy has recently told OK! Magazine that he doesn’t think they’ll be able to do group scenes any more.