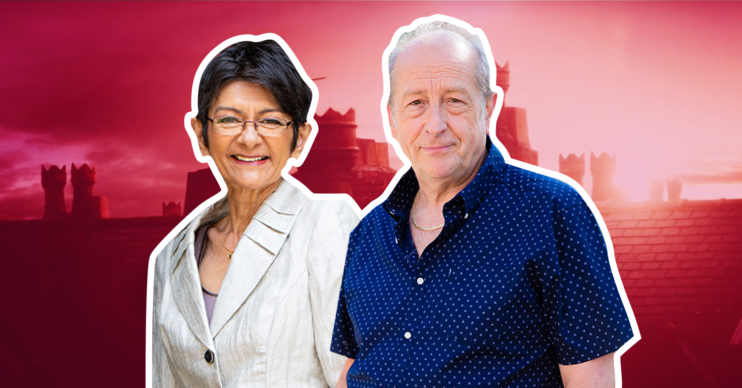 Geoff has continued to pretend Yasmeen was the abusive one

In next week’s Coronation Street, Geoff tries to get Yasmeen to come back to him. Is Yasmeen to take Geoff back?

The imprisoned wife is shocked when she calls Alya’s phone and Geoff picks up. The radio DJ tells her that he loves her and is willing to forgive and drop the charges if she agrees to be his wife again.

Geoff calls at the police station to retract his statement and drop all charges against Yasmeen. However the officer explains the decision is down to the Crown Prosecution Service.

Meanwhile after hearing what Geoff’s done, Imran, Alya, Tim and Faye try to make sense of Geoff trying to retract his statement.

But Alya is shocked when she gets a call from prison. Yasmeen tells her that this latest twist makes her think Geoff is genuinely sorry for everything he did.

Alya is horrified to realise her gran may take back her abusive husband.

Later in prison, Yasmeen’s friend Lucie hands her a contraband phone and urges her to call Geoff and show him who’s boss. Yasmeen admits to her that she’s scared.

Meanwhile Geoff’s shocked when Yasmeen calls him from prison.

Geoff promises his wife that when she comes home things will be different and he will seek professional help. But Yasmeen ends the call, unsure of what to believe.

Will she take him back after everything he’s put her through?

What happens with Yasmeen and Geoff in this week’s episode?

In Monday night’s episode  (July 6) Sally paid a visit to Yasmeen. She confessed to her neighbour that she couldn’t take Geoff’s abuse anymore. However she continued to defend him.

When Sally returned home, she let slip to Geoff that she had visited Yasmeen. But as Geoff turned on his daughter-in-law, Tim walked in.