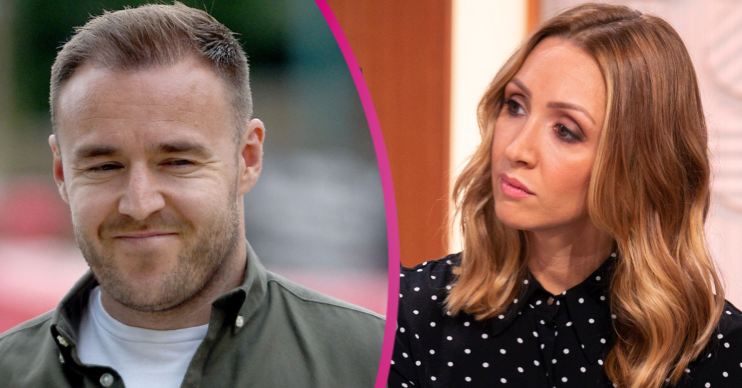 Soap stars have both moved on with new partners

Corrie fave Alan Halsall has admitted there are “ups and downs” with a blended family, but his daughter “comes first”.

While he doesn’t have “a great deal of communication” with his former co-star, his daughter has a lot of love in her life.

Alan said: “There’s always going to be ups and downs with a blended family.

The former couple gave a glimpse into potential tension last year following the birth of Lucy-Jo’s son with Lewis.

The actor posted a long message about newborn Carter, which included a mention of Sienna.

“Our Sienna is delighted and is already making the best big sister, just like I knew she would”, he wrote, which Alan seemed to take exception to.

Alan posted a message on social media, before deleting, saying: “You’re welcome to keep the lying cheating one & call her your own! But not my daughter.”

Tisha has praised Alan as a great dad, admitting he is “so caring and loving”.

She said: “He’s such a good dad; he’s so caring and loving.

And Alan admitted the couple have “discussed the future together”.

Speaking in a joint exclusive interview with OK! magazine, he added: “You always talk to each other about your aspirations, don’t you?

“What you’d like in terms of family, etc. We’ve never had a proper serious sit-down but we’ve discussed the future together.”