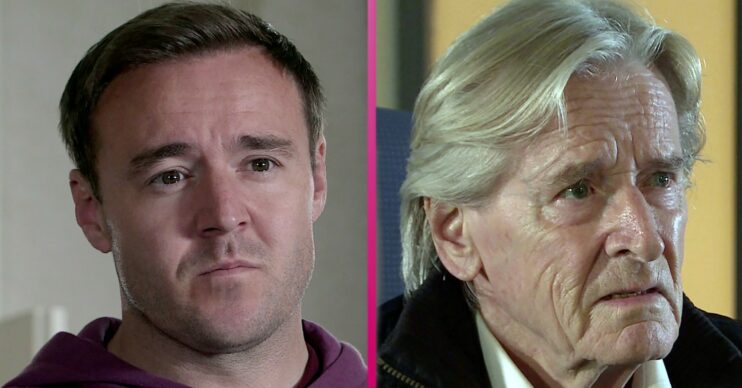 Coronation Street spoilers for tonight reveal Alina goes to leave Weatherfield after Tyrone admits he wants to be with Fiz.

Meanwhile Mary, Ken and Rita get the sad news that Norris has died.

Fiz calls Tyrone as Hope refuses to go to school.

When Alina asserts that once she and Tyrone are married she’ll be a firm but fair stepmum, Tyrone can’t look Fiz in the eye.

After telling Alina she hates her for stealing her daddy, a sorry Hope pulls the damaged teddy from her bag admitting she stole it.

She also apologises for the fire, but when she apologises for all the other fires she started, Alina is horrified to realise this wasn’t the first time.

At home she rails at Tyrone for keeping secrets. He battles his guilt.

However Alina is left even more heartbroken as Tyrone admits he wants to get back with Fiz.

Later she confides in Emma and reveals Tyrone wants to be with Fiz.

Meanwhile Fiz tells Phill about her kiss with Tyrone. But she tells him it only made her realise she no longer has feelings for her ex. Phill breathes a sigh of relief.

As Alina dumps their couples picture at the garage with the word ‘liar’ painted across Tyrone.

She ensures a very public humiliation before climbing in a taxi to leave.

As Fiz and Phill head to the Bistro, can Tyrone convince Alina to stay?

Ken confides in Rita that Norris wants to meet up as he has some important news.

However they’re shocked to hear from Freda that that Norris has collapsed and been taken the the hospital with a suspected stroke.

Later Ken, Rita and Mary arrive at the hospital to be met by an upset Freda.

She breaks the news that Norris just died.

Ken reveals that Norris wanted to share some important news with him.

At the police station, Craig sets the record straight and admits that James was not driving erratically, nor were James and Michael aggressive in any way.

Craig tells James he hopes the interview will help with the investigation, but James is unimpressed.

He points out he should have told the truth in the first place.

Summer and Aadi discuss the future

Aadi tells Summer that he’s persuaded Dev to pay for lunch as an apology for his drunk behaviour the night before.

Summer and Aadi admit they like each other but agree to take their relationship slowly.