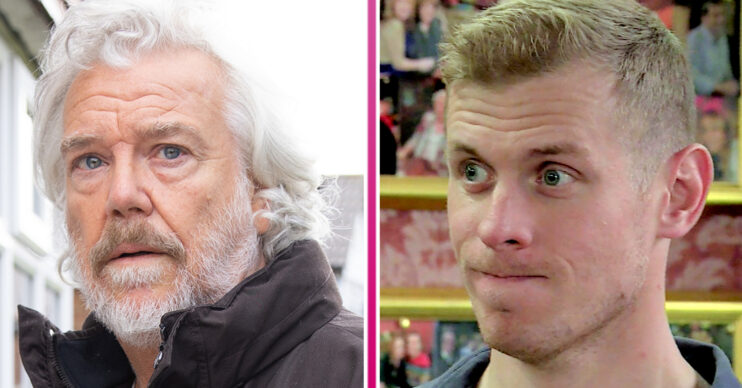 Stu and Leo have been hiding something

Coronation Street spoilers for tonight (Friday, August 05 2022) reveal that Yasmeen finally finds out what Stu has been hiding.

Stu’s ex-wife, Lucy, turns up to Speed Daal and reveals all.

Elsewhere, Leo has a secret of his own to confess over dinner in the bistro.

Stu is at the front of a Gazette article this week after his bid to stop food waste.

He’s not happy about being in the limelight.

His ex-wife, Lucy, is able to track him down and turns up at Speed Daal as an unwelcome guest.

She warns Stu to stay away from Bridget, explaining why by uncovering his dark secret from his past life with his family.

Yasmeen is shocked at the revelation and kicks Stu out of Speed Daal even though he denies that he’s done anything wrong.

What has Lucy said to taint Stu’s name?

Leo’s been hiding something

Daniel stays at the Rovers but is woken up in the middle of the night by Leo, all dressed up.

Confused by the strange sight, Daniel tells Daisy that something is up with Jenny’s partner.

Later on, Paul explains that today is Leo’s final day at work.

The news later gets passed on to both Daisy and Jenny who start to doubt Leo’s intentions.

With it being obvious that he’s hiding something, Leo makes a huge confession whilst having dinner at the bistro.

What could be so shocking?

Glenda arrives on the street

George broke his tooth earlier this week after being subject to Sean’s dodgy cooking.

Tonight, he takes some strong painkillers to help him get through Mr Pugh’s funeral but Todd is left to deal with things when he finds him too high to do the job.

Todd hides George in a funeral car but he is soon noticed as his sister, Glenda, turns up.

Realising that he’s in no fit state to do the funeral, Glenda takes over and saves Shuttleworths’ from the firing line of Mrs Pugh.

Once George has recovered he is ecstatic to see that his sister has turned up and shows her off to Eileen.

Why has Glenda turned up now?

Coronation Street usually airs on Mondays, Wednesdays and Fridays at 8pm of ITV.