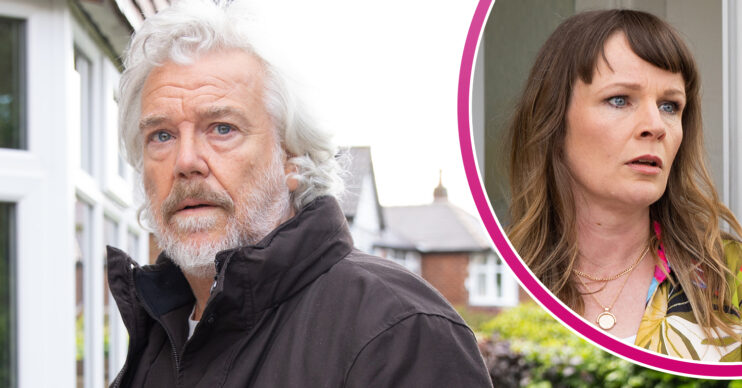 Coronation Street spoilers for next week reveal that Stu finds his daughter. However, things don’t go as smooth as he would have liked.

Stu has been on a quest to find Bridget for some time, with his upset growing in recent weeks.

After thinking that all hope was lost of ever finding his daughter, he finally discovers her address. How will Bridget react to her father making an appearance?

Stu has mentioned his daughter for a while but after having lost communication with her his hope of reuniting with her has almost died.

Sending gifts and presents without any reply Stu was uncertain as to whether his daughter wanted anything to do with him.

Sadly, an answer was given to him as his latest gift was returned to sender.

His daughter no longer lived at that address.

He hasn’t seen his daughter since she was young and, up until now, was uncertain if he ever would again.

Yasmeen understands how much finding Bridget means to Stu and decides to take it upon herself to help.

She is able to find out where Bridget now lives.

Stu is angry towards Yasmeen at first as she tampered in his personal affairs without him knowing.

Coming to terms with things, with a bit of guidance from his good friend Kelly, Stu decides to visit the address.

Knocking on the door, he realises that the moment he has longed for has finally arrived but is disappointed as Bridget opens the door only to tell him to leave.

A desperate Stu begs her to hear him out.

Back in Weatherfield, Stu apologises to Yasmeen and lies to her, telling her that she had given him the wrong address.

But why is Stu hiding the truth from Yasmeen?

Does Yasmeen’s heart lie with Stu?

It is clear that Stu has a strong connection with Yasmeen but after her past trauma caused by ex-husband Geoff, she is rather cautious about falling in love again.

Coronation Street spoilers show Stephen flirting with Yasmeen, but Stu is reassured that Yasmeen only has eyes for him.

Yasmeen will go the extra mile to help Stu find his daughter. Will Stu’s past bring them closer together?