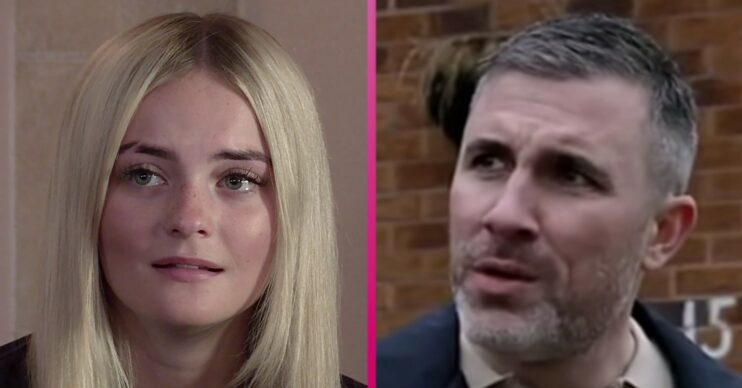 After seeing the news on her phone, Kelly is horrified to learn the police are at County’s new training ground searching for a body.

When Gary and Maria learn the police are looking for a body, they mask their panic.

As a body is found on the construction site, Kelly clings to the hope that her dad is still alive.

Having got the all clear, a loved up Tim and Sally get down to business until Elaine arrives.

She disturbs their alone time leaving the couple fed up.

Tim asserts his mum’s presence is affecting his performance and he’s going to throw her out.

Craig gets closer to Emma’s secret

With Faye struggling with her allergy to Peanut the dog, Craig asks Emma if she can take the pooch for a walk.

On the walk, Beth bumps into Emma and Jon and introduces herself to Jon.

Fearful Craig and Faye will find out, Emma’s left frozen.

However Emma denies it and Craig hopes she’s telling the truth as it could jeopardise his return to the police.

Phill and Fiz get bad news

Phill tells Fiz that he can no longer afford the renovation on the house now he’s lost his job.

Fiz is further upset when the estate agent reveals the sinkhole on the street is putting people off and she needs to drop the price.

Will they be able to sell the house?

Heading off to see Abi, Imran promises Toyah he’ll be back soon to look at wedding venues.

Later Toyah reveals she’s postponed the search for a venue as Abi’s hearing is more important.

Toyah and Imran exchange guilty looks. Will they ever get to planning their wedding?