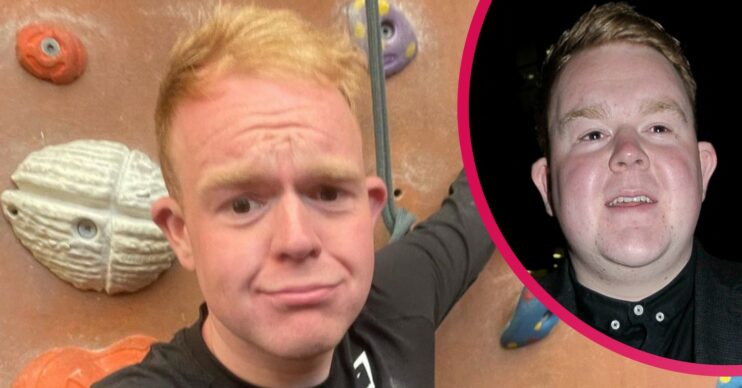 The actor is looking for new opportunities

Coronation Street star Colson Smith has hinted he could quit the soap after 11 years.

The Craig Tinker actor joined the soap as an 11 year old and has undergone huge changes since that time.

Not least he lost a huge amount of weight a few years ago after taking up running.

And he’s now set to star in ITV’s sport competition The Games – and he’s got his eye on even more new opportunities opening up for him.

Speaking on the Sofa Cinema Club podcast, alongside co-stars Jack P. Shepherd and Ben Price, he said: “It’s [The Games] going to open up new doors for me and new opportunities.

“I love acting but the other thing I love is presenting. The podcast allows me to do both, and this show [The Games] might open up a door for me.

“When ITV buys the rights for the Olympics I’ll be, ‘Hello and welcome to the Olympics, it’s me, previous Olympian, Colson Smith.’

“As long as I’m safe and I’m enjoying it.

“Corrie is my job, this is another job. I’m happy to balance the both of them.

“I like being busy. That’s all I want to be.

“We all love working at Corrie and I’m fortunate enough to have Corrie, the podcast and The Games on at the same time.”

Colson recently opened up about how he lost 10 stone.

Since his lifestyle change, one thing that Colson especially loves to do is running.

Even though he could barely run when he first began his weight loss journey, Colson didn’t give up and now he really enjoys it.

He even describes himself as a “complete running geek”.

In order to eat healthily, Colson follows a strict food plan with the help of his life coach Rob Brennan.

He previously told Lorraine: “We worked though everything I could do to make it as easy as possible.

“So I have my breakfasts and lunches delivered, and they’re still being delivered now, which means cooking I don’t have to think about, I can just eat.”