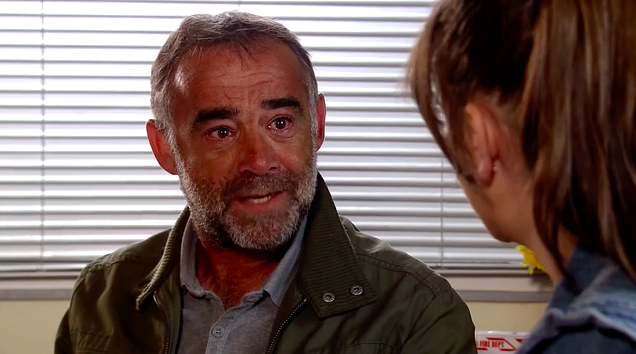 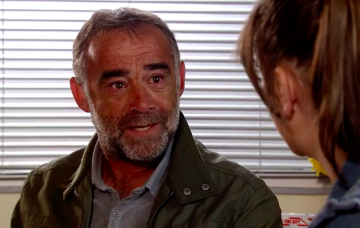 Mechanic Kevin Webster gets a blast from the past in next week’s Coronation Street when his sister Debbie arrives on the cobbles.

She brings with her news of a family death – and then drops another bombshell on Kev.

Long-time Corrie viewers will remember Debbie from her last appearance 34 years ago. She arrived with her father Bill Webster in 1984 before departing in 1985.

The character has been mentioned a few times since then – Kevin called her when Sophie went missing, and Debbie also invited Kev and Jack to her villa in Turkey in 2011.

Wednesday October 2 sees Kevin waiting anxiously for a date with old friend Martine. He’s gutted when she doesn’t show up.

Later on, Debbie arrives at the garage looking for Kevin, and a protective Abi assumes Debbie is Martine and gives her a mouthful over standing Kev up!

We don’t think Deb will take too kindly to the tongue lashing, but does it show Abi really does have feelings for her boss?

Fans have been convinced for a while that Kevin and Abi will get together, but so far they’ve not acted on the clear chemistry between them.

Once the mix-up is cleared-up and Debbie has tracked Kevin down, the returnee breaks the news that their aunt Vi has died.

Debbie goes on to say Vi left her £200K in her will and she wants Kevin to have the money!

Kevin cannot believe what he’s hearing, but despite the fact that sort of money would change his life considerably, Kev tells his sis he can’t accept.

Debbie’s left frustrated but for now doesn’t push the point.

She’s soon got other family matters on her mind when she spots Sophie’s in a fix.

Having passed up the chance to go travelling with Kate Connor to do a business course and stay with girlfriend Paula Martin, Sophie’s clearly struggling.

It’s obvious to Deb that her niece isn’t happy with her decision and is really not enjoying the course at all.

Offering some wise words, Debbie urges Sophie to follow her heart, but what will she do?

And will Debbie persuade Kevin to accept the money in the end?