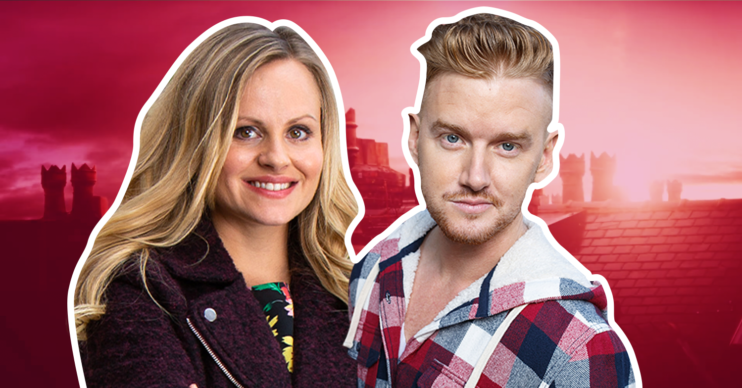 In upcoming Coronation Street scenes, a watch is uncovered in the woods, causing Gary to panic.

In preview pictures for next week’s episodes, Bernie tells Gary that Brian found a watch in the woods, leaving Gary concerned.

He started to quiz Bernie, but this raises Sarah’s suspicions about what he’s hiding.

When the watch ends up in Sarah’s hands, things get heated when she finally unearths the truth about what Gary did to the loan shark.

A horrified Sarah tries to run away but ends up in the path of an oncoming vehicle. Just in time, Gary pushes his ex-girlfriend out of the way. But he puts himself in front of the car.

This week, Laura tells Adam that Gary threatened her and has point blank refused to call Rick.

The solicitor shares his suspicions with Imran and tells him how he traced the cash that Rick has been sending his ex-wife back to Gary.

Adam wonders if Rick is dead.

The suspicious solicitor approaches Gary and accuses him of killing the loan shark. The dodgy businessman is dismissive but rattled.

But Gary ends up making things worse for himself later in the week.

He’s worried to discover Brian has read about Roman coins being found in Beacon Woods and is planning to take his metal detector out there to see what he can find.

Desperate to get people to avoid digging in the woods, he tries to persuade the shopkeeper not to go. But when Brian spots Gary putting a shovel in the boot of his car and heading out, he feels he’s been played.

He tells Bernie and together they follow Gary out to the woods.

Trouble for Adam and Sarah

Read More: Coronation Street, Emmerdale and EastEnders characters that need to be brought back from the dead

Meanwhile Sarah is furious to find Adam flirting with Laura in the solicitor’s office. She’s even angrier when Adam explains Laura is Rick’s ex-wife.

Can he explain himself?