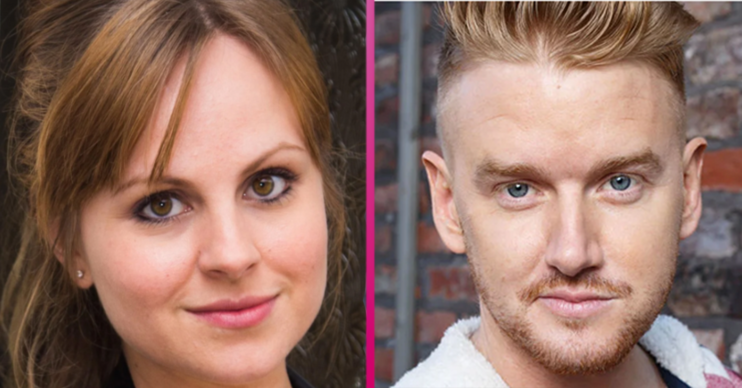 It's a world first for the soap

Coronation Street villain Gary Windass will save Sarah Platt’s life with a daring stunt – even though she’s trying to send him to prison.

In upcoming scenes Sarah will discover that Gary murdered Rick and rushes to tell the police before he can stop her.

But as she races off with Gary chasing her she runs into the path of a car and looks set to die before she can tell anyone what she knows.

However in a shock twist Gary will dive in and push Sarah out of the way.

He will save her life – but be hit by the car himself.

Knowing he saved her life when he could have let her die, will Sarah now keep quiet?

Due to filming restrictions banning cast contact the soap had to replace actress Tina O’Brien with a dummy.

Tina O’Brien replaced with a dummy

The stunt was originally due to film on location. However bosses changed it in the interest of safety for the cast and crew.

Mikey North says: “This was the very first three episodes that I have filmed after lockdown.

“We have had to alter and change things but I don’t think it has lost any of its intention and hopefully it will be just as good as it would have been on location.

“I got to ride on the bonnet of the car and I was quite pleased to have the opportunity to do the stunt myself because I enjoy that part of the job but I have never done a car stunt like this before.

Tina O’Brien says: “We had such a good time filming these scenes and I have really enjoyed being part of something so different.

“The mannequin is from the Underworld set but when I stood next to it, it was towering over me!

“We had to saw the bottom of the legs off to make it more realistic and more my height but we have a very talented director and post production team so no one will notice when it’s in the show.

“I am really looking forward to seeing how it looks on screen.”