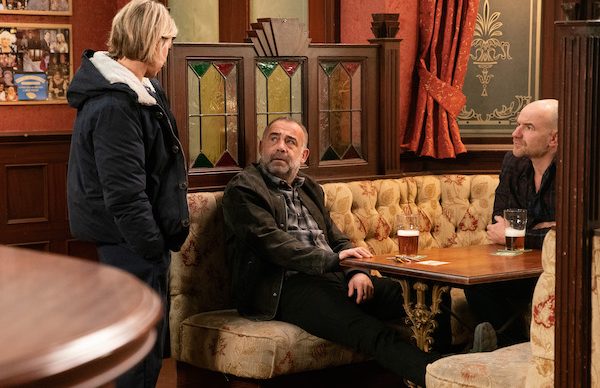 In a clip posted on the soap’s official Twitter page, Kevin makes a dig at Abi, leaving her furious.

TONIGHT AT 7.30 & 8.30PM – What will Abi say when a jealous Kevin makes a snide remark about her and Ray's relationship?#Corrie #Abi pic.twitter.com/Oq0zynoE5w

As Abi takes the garage keys to Kevin in the Rovers, he’s immediately in a bad mood with his employee as she tells him a blue Peugeot in the garage won’t be completed until the next day.

An argument soon ensues as Abi replies: “I might not be Einstein, but I’m clever enough not to have to work in a backstreet garage if I want to.”

But Kevin hits back saying: “And clever enough to have landed yourself a sugar daddy, by the look of it.”

Clearly annoyed, Abi says: “Haha there it is. You feel better now do you?”

As Tim tries to help, Abi says: “I know exactly what he meant. At least Ray insisted we celebrate my two pathetic GCSE’s, at least he was supportive.

“You know what, at least now I know what you really think of me.”

She then storms out of the pub, hurt by Kevin’s words.

The chemistry between Kevin and Abi has been obvious for months and on New Year’s Abi confessed to Eileen she had the hots for her boss.

But when Kevin overheard her saying some unflattering things about him, he was offended and had a go at her.

The mechanic has been seeing Ray, much to Kevin’s annoyance. Will he ever admit how he truly feels?