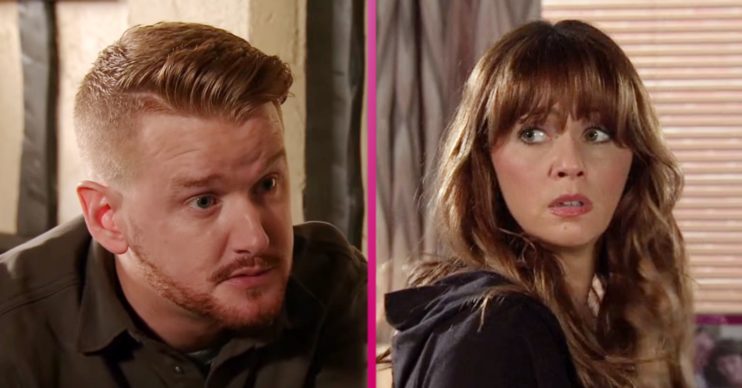 Gary and Maria only recently got married!

Recently Gary and Maria got married. However viewers know Gary has a dodgy past, previously working as a loan shark.

In upcoming episodes, he will team up with businessman Ray Crosby, who is trying to get his hands on the properties on the cobbles.

But despite Gary and Maria getting married and appearing happy together, Maria actress Samia Longchambon doesn’t think her alter ego and Gary will have a happy ending.

Speaking to Lorraine Kelly on her show today (Friday, October 16) she said: “It was going to happen, wasn’t it?

“I don’t think Maria’s ever going to find her Prince Charming and certainly not in Gary.”

She added: “At the moment, she’s wearing blinkers to try and see the best in him and she thinks she’s won the jackpot with him, but I think it’s all gonna come out in the wash as they say.”

Coronation Street: What’s next for Gary and Maria?

In next week’s scenes, Maria urges Gary to take the job with Ray. Gary tells the businessman that with him on side, he’ll have an easier job convincing the locals to sell up.

He later offers Gary the job and tells him his first job is to convince David to sell up. After hearing Hugo threaten to put David out of business after the incident with Shona, Gary and David talk.

David tells Gary he had an offer from Ray’s friend, Roxy, for the house which would sort out his financial issues. But he doesn’t want to uproot Shona and the kids.

Gary tells David he should take the offer but see if Roxy well rent the property back to him.

However later, Ray reveals his plans to turf the Platts out and Gary can’t help but feel guilty.

Later David tells Gary he’s decided to take the offer, on the condition the house is leaded back to him.

Gail is furious when she finds out David plans to sell the family home. He explains he’s selling to an investor, who is prepared to rent it back to them, meaning the sinkhole will get fixed and the kids won’t be uprooted.

However Gail isn’t convinced. Is Gary making a terrible mistake working with Ray?