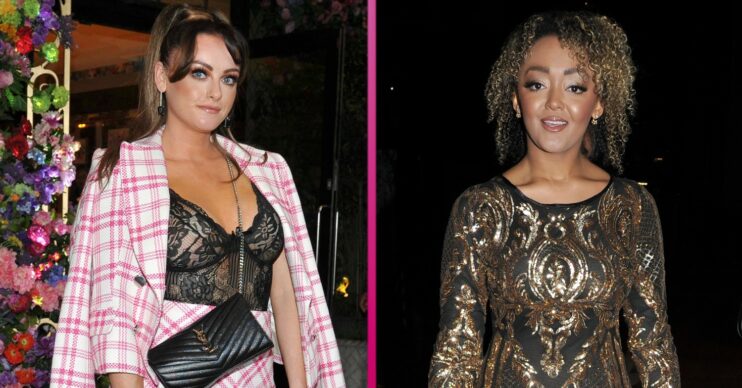 Katie now appears in another soap

Katie, who played Sinead Osbourne on the ITV soap, posted two pictures of her and Alexandra together.

She captioned the post: “I mean we didn’t have MUCH to catch up on.”

Katie then added a laughing a ring emoji, pointing to the fact Alexandra recently got engaged.

She continued: “Oh I have missed you my gal. #girlsnight #overduecatchup.”

Fans were thrilled to see the two back together.

One wrote: “Great to see you two together.”

A second commented: “Lovely photo of the both of you.”

Another said: “This is wonderful you and @alexandramardell.”

Coronation Street: What is Katie McGlynn up to now?

Katie played Sinead in Coronation Street from 2013 until 2019.

Sinead died in October 2019 just weeks after being told her cancer was terminal.

After leaving Coronation Street, Katie played Georgina in series 4 of The Syndicate.

Currently she is playing Becky in Hollyoaks.

Becky recently made friends with Diane Hutchinson, as they both began to bond over their newborn babies.

Becky revealed to Diane that her baby’s father had died before his birth.

“I’m so excited for everyone to meet Becky and am thrilled to be working alongside the amazing cast and crew of Hollyoaks, especially the show’s producer Lucy (Allan), who I previously worked with at the beginning of my acting career on Waterloo Road. It’s been so lovely to be working with her again 10 years on.

“The whole team couldn’t have been any more welcoming so far and I’m hopeful the story will have an impact on viewers as it covers some extremely current and important issues.