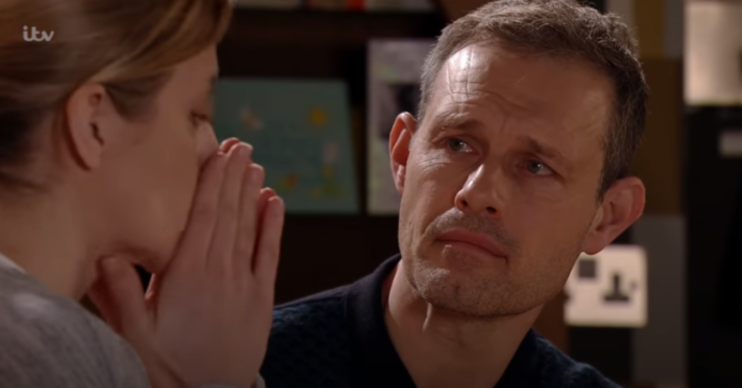 Coronation Street fans have predicted that Nick Tilsley will be revealed as Oliver Battersby’s biological dad in a shock twist.

Currently, little Oliver is at the centre of a huge storyline.

Over the last few weeks, the toddler has been having seizures and in last night’s episode (Monday, May 18) the doctors started to run genetic tests and said they will have to consider a diagnosis of mitochondrial disease.

However fans are starting to think these tests will not only reveal what’s wrong with Oliver, but also that his father is Nick.

Is Nick Oliver’s Dad after all 😱😱 #Corrie

Is Nick Oliver dad?! And not Steve!#corrie

Is Leanne certain that Steve is the father after all?? #Corrie

Is it possible for Nick to be Oliver’s father?

Fans of the soap will remember back in 2016, Leanne discovered she was pregnant after a one-night stand with Steve McDonald.

Steve had briefly separated from his then-wife Michelle but the couple soon got back together. Michelle then discovered she was also pregnant.

Meanwhile Leanne got back together with ex-husband Nick. Although Nick found out Leanne was pregnant with Steve’s child, he agreed to pass the baby off as his own.

However, when celebrating Oliver’s arrival at the Bistro, Steve ended up holding the tot and confessing that he was Oliver’s father.

This caused heartbreak for Michelle, as she had given birth to their son Ruairi prematurely at 23 weeks and he had not survived.

But was a DNA test ever actually taken?

What’s next for Oliver?

In next week’s episodes, the doctor tells Steve and Leanne they are gradually reducing Oliver’s sedation. But she warns he may have suffered brain damage.

Leanne refuses to believe it and is adamant her son will make a full recovery.

When Oliver wakes up, he says ‘Mummy’. Leanne thinks it means everything is fine, but Nick and Steve know that’s not the case…