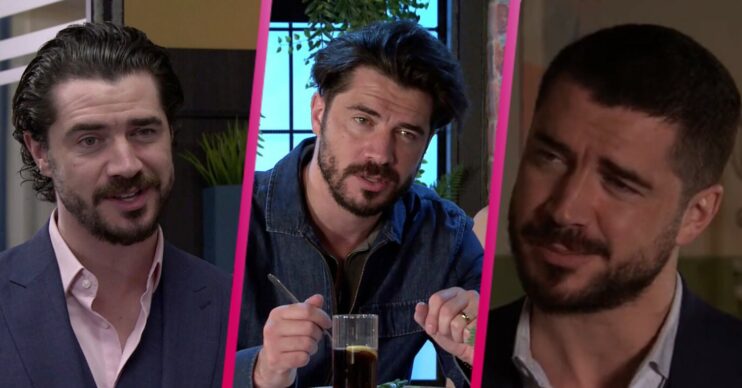 Adam Barlow was back on Coronation Street earlier this week and his new look left viewers stunned.

After months of keeping his hair long, he’s gone totally the opposite and shaved it all off!

It’s a look that hasn’t gone down well with his numerous fans on social media, who are distraught it’s all gone!

Overall, viewers at home weren’t keen on the new look and shared their feelings on social media.

A third said: “I’m about to cry, why’s Adam cut all his beautiful hair off?”

“Adam, bestie, where is your beautiful hair?” queried someone else.

A fifth said: “Don’t like Adam’s hairstyle much. He looked much better with longer locks!”

“Adam needs to grow his hair back. He’s looking too much like Nick Knowles,” agreed another.

Someone else took the cut very seriously indeed and wrote: “A part of my soul dies every time Adam Barlow cuts his hair.”

There was one lone voice amongst them all who stated: “My god Adam looks good with his new haircut!”

The many hairstyles of Adam Barlow

It’s not the first time actor Sam Robertson has had a big haircut.

When Sam returned to filming after a break from the show in 2019, he came back with long, slicked back hair.

He later cut it to be long on the top with a fade at the sides, and has sported a variation on that style ever since.

And back in 2018, he went on holiday to Tenerife and came back with a shaved head.

He certainly likes to change things up!

What is Adam Barlow’s big Christmas storyline in Coronation Street?

Adam has largely been involved in his uncle Daniel’s storylines of late, warning Daniel off new girlfriend, Daisy.

But this Christmas Adam will be thrust back into the spotlight when things get tricky for him and his wife, Sarah.

Speaking to Metro.co.uk, a Corrie spokesperson said: “Sarah and Adam Baldwin are hoping to cement their relationship by starting a family.

“But when Sarah’s new friend Lydia turns out to be someone from Adam’s past, could all Sarah’s dreams turn to nightmares?”

Who is Lydia? And what does she know about Adam that could rock his relationship to its core?