On Wednesday (January 15), Roy spent time with his new-found niece Nina, who he has been struggling to bond with since the premature death of his brother Richard. 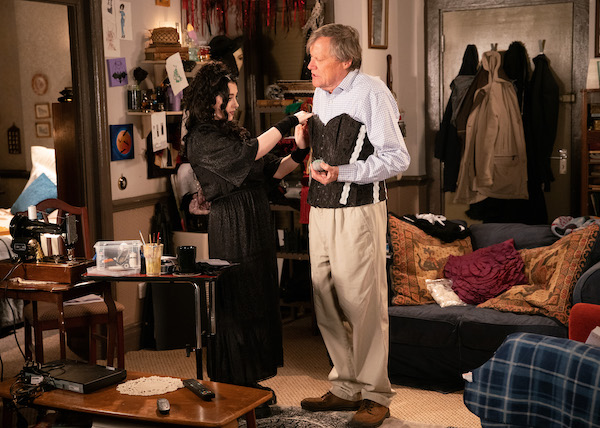 Roy and his niece Nina bonded over a corset... (Credit: ITV)

Read more: Coronation Street SPOILERS: Heartbreak for Gemma and Chesney as Aled is diagnosed as deaf

Viewers know that Roy only recently discovered he had a long-lost brother, but was devastated to learn that Richard was terminally ill.

Since his death in December, Roy has attempted to forge a relationship with Richard's goth daughter Nina, but the pair haven't exactly got a lot in common - or so they thought...

This week, Roy checked up on Nina after Richard's funeral and found her front door splattered with eggs by bullies. 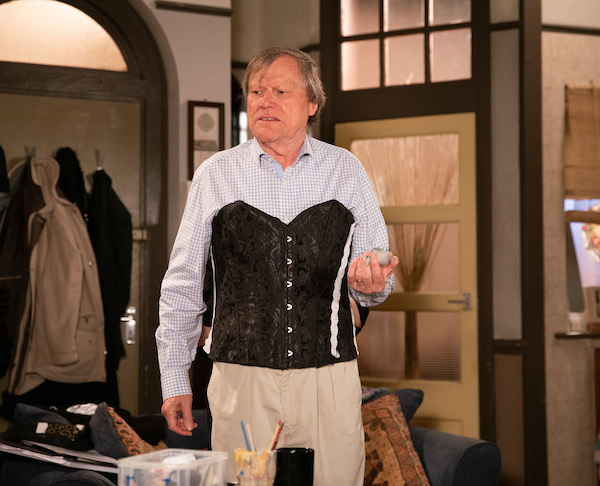 Roy, it kind of suits you! (Credit: ITV)

He then discovered her fretting over her coursework after her sewing machine had broken.

Later, when Roy returned with Hayley's old machine for her, Nina was touched by his thoughtfulness and asked him to stay and be her model.

As she made adjustments to a black and white corset modelled rather hilariously by the usually conservative Roy, the pair shared a heartwarming chat.

What would you change, if you could have anything? #Roy #Hayley #Nina #Corrie pic.twitter.com/YrhAzVZmCN

Nina asked Roy: "What would you change, if you could have anything?"

To which Roy answered: "I'd have Hayley back."

As the pair continued to talk about Hayley and the difficulties she encountered as transgender, Nina found herself warming to her new uncle.

And fans at home were touched by the scenes. 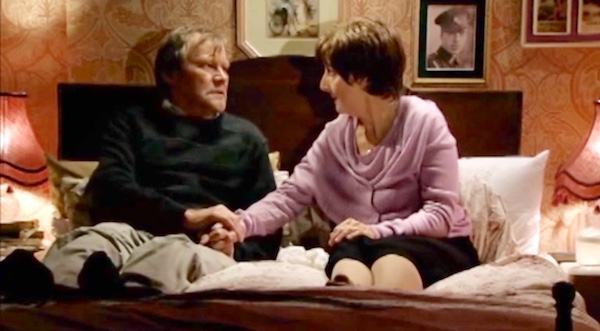 Hayley took her own life after a long and painful cancer battle (Credit: ITV/YouTube)

One tweeted: "What an actor! Such a simple line but the delivery was world class."

Another said: "Oh my god, Roy breaking my heart."

A third added: "Lovely scene with Roy and Nina."

"Do miss Hayley she was a genuinely great character," added one more, while another hoped it was the moment "Nina started loving Roy like everyone else does". 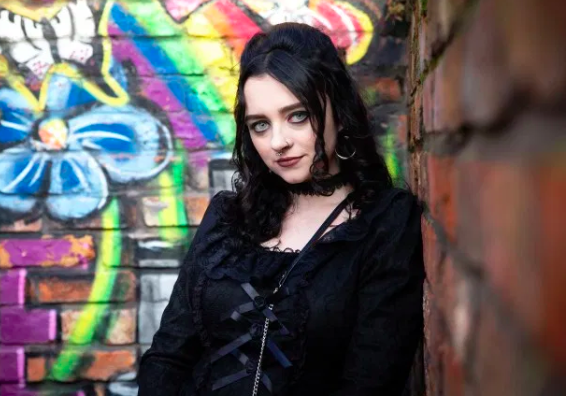 After the sweet conversation, Nina put the finishing touches to the corset but the scenes were rudely interrupted by somebody throwing a brick through the window.

Roy tried again to convince Nina to go and stay with him but she refused, preferring to stay in her dad's flat surrounded by his things...

Will she change her mind?

Do you want Nina to stick around? Leave us a comment on our Facebook page @EntertainmentDailyFix and let us know what you think!