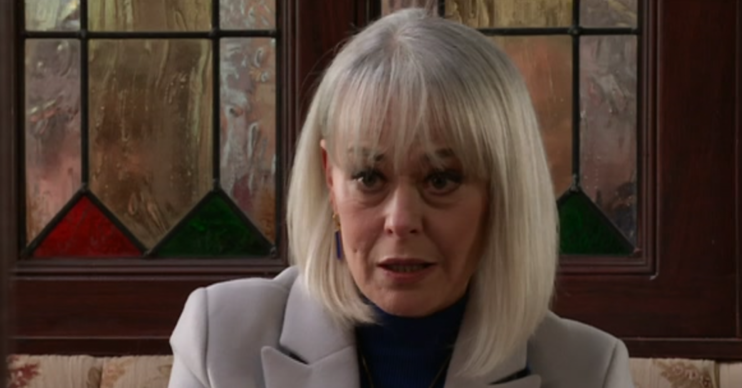 Scheming Sharon returned to Weatherfield this week with a surprise for her former foster mum Rita Tanner.

She had nominated her for a charity award and brought a £10,000 cheque to make up for selling the Kabin from under her.

However, her questions about cobbles legends like Jack and Vera Duckworth and Curly Watts took a strange turn when she asked about Leanne Battersby too.

They tried to see her off – but Rita had other plans.

She invited them all for a boozy lunch – but then didn’t turn up herself so they would bond.

And it worked – but Sharon was clearly desperate to see Rita face to face.

Manipulating Jenny, Sharon broke down over her recent cancer battle and convinced her to get Rita there.

And when she arrived, Sharon went into overdrive.

Opening up about her brother Wayne’s tragic death, Sharon said it left her desperate for a family to be around her.

She convinced Rita to let her move in to the flat and quickly rushed to get her things.

Returning with her suitcase, Sharon took a phone call – and her evil plan was revealed.

She told whoever was on the phone: “Alright? All good. You’ll get what you want soon enough.”

But fans don’t think she’s just after Rita – they think she’s secretly drug dealer Harvey’s mum and working for him.

One fan said: “I think Sharon might be Harvey’s mum or she’s connected to him in some way because she’s interested in Leanne for some reason. Sharon’s 56.

“She was 17 when she left, unless she had Harvey before she got fostered or when she left. Age pending. #Corrie #CoronationStreet.”

A second said: “Asking about Leanne, is she with that Harvey the drug dealer?”

A third Corrie fan said: “Mmm think that Sharon could be Harvey’s mother.”

Another added: “Sharon is either Harvey’s mum/lover or partner in crime.”

One tweeted: “I think Sharon is still dodgy. Idk what it is, but I think she’s got something to do with Harvey & is after Leanne and Simon.”

“I’m calling it now, Sharon is working with Harvey to find Leanne and Simon!! #Corrie,” said another.