Daniel Osbourne's mission to self destruct reached a new low on Coronation Street last night, when the grieving widower was knocked over on the cobbles.

On Wednesday (December 11), viewers saw Daniel drinking heavily on the Street and swigging from a bottle of wine. 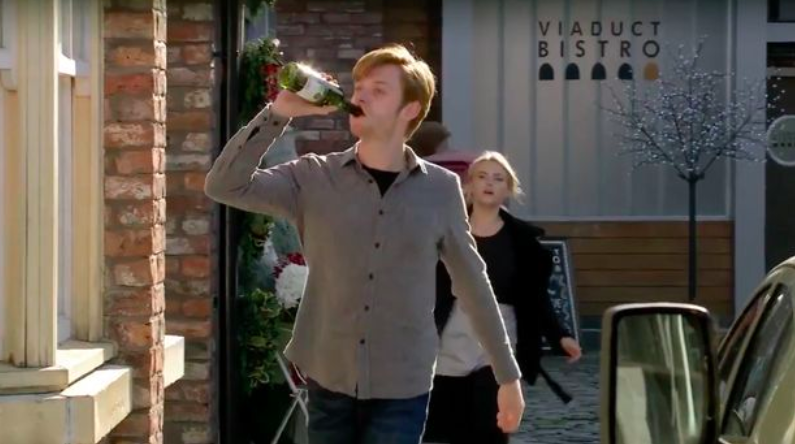 Daniel is struggling to cope after Sinead's death (Credit: ITV)

Blind drunk, he staggered around on the cobbles with Bethany Platt chasing him in an attempt to talk some sense into him.

Bethany needs to grow up, and leave Daniel alone.

But, in an attempt to get away from her, Daniel veered out into the middle of the road and was knocked down by Cathy's car.

Laying in the street, Daniel had a vision of his dead wife Sinead - but it was actually Bethany leaning over him making sure he was okay. 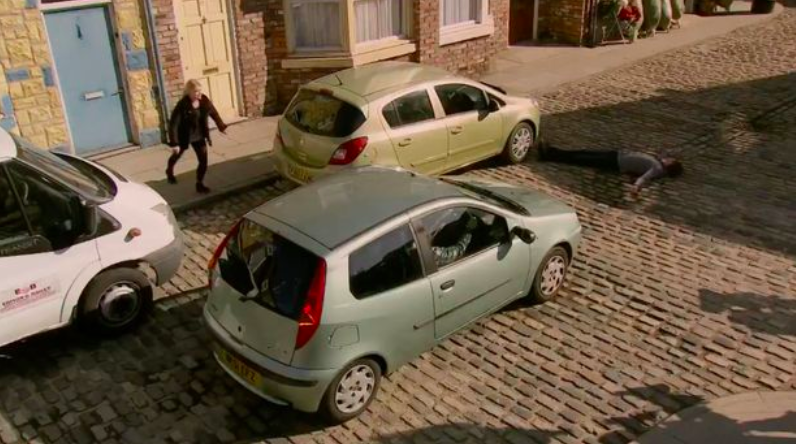 And while some fans praised Bethany for trying to give Daniel some home truths, others blamed her for the accident in the first place!

Another said: "That's what I was thinking. Wrong place at the wrong time. Can't do right from wrong!"

A third seethed: "Always Bethany! When is she leaving?"

"How stupid is Bethany?" asked one more. "Are you alright Daniel? He's just been hit with a car."

Bethany needs to grow up and leave daniel alone. #Corrie

Always BETHANY!! 😡 When she leaving,??

That’s what I was thinking!! Wrong place at the wrong time. Can’t do right from wrong!!

How stupid is Bethany. Are you alright Daniel? He’s just been hit with a car🤣

"Bethany needs to grow up, and leave Daniel alone," declared one viewer.

However, others praised Bethany, with one tweeting: "I need to applaud Bethany for that scene with Daniel... @itvcorrie."

Another said: "Good on Bethany for giving Daniel a dose of reality. Wonderful performances by two incredible actors."

A third added: "Thank god, Daniel seems to have finally seen sense and it's thanks to Bethany!"

Thank god, Daniel seems to have finally seen sense, & it's thanks to Bethany! 😌 #Corrie

I need to applaud Bethany for that scene with Daniel... 👏 👏 @itvcorrie @lufallon

the fact bethany has actually got through to daniel...🥺 #corrie

Other fans would like Daniel and Bethany to get together eventually, although that doesn't look likely with actress Lucy Fallon leaving the soap soon.

Do you think Bethany is a good friend to Daniel? Leave us a comment on our Facebook page @EntertainmentDailyFix and let us know what you think!