Corrinne Wicks, who played Ella Hart in Emmerdale, has popped up in a scene with Abi Franklin, Sophie Webster, Paula Martin, and Kevin Webster.

It's been confirmed by Digital Spy that Corrinne is taking on a guest role as one of Kev's ex-girlfriends!

But what will that mean for his simmering romance with Abi?

Fans were quick to spot the former Emmerdale actress, who has also appeared in Doctors.

"Great to see Corrinne Wicks will be treading the cobbles," wrote one. 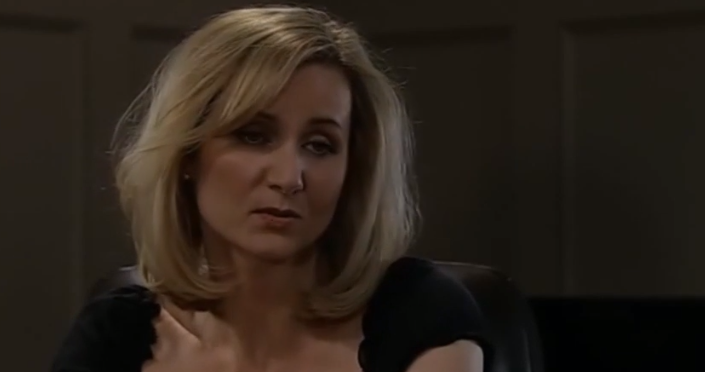 Ella was the glamorour ex-wife of Declan Macey (Credit: ITV/YouTube)

It was also a Doctors reunion for Corrinne and Stirling Gallagher, who plays solicitor Paula.

The pair both starred in the daytime soap with Corrinne portraying Dr Helen Thompson from 2000 to 2005, and Stirling playing Dr Georgina Woodson from 2003 to 2009.

Some fans looking at the picture pointed out the huge tattoo Corrinne has on her arm, asking if it's real or for the character.

Rocking it at Nearly Festival Colchester with my lovely mate ⁦@carlinorris⁩ pic.twitter.com/bBh4AM0O4R

She was the ex-wife of Declan Macey and her biggest storyline was her affair with daughter Mia's boyfriend, Adam Barton. 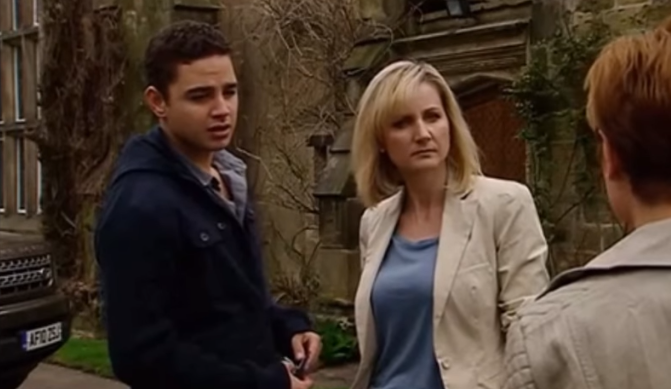 Adam had an affair with his girlfriend's mother (Credit: ITV/YouTube)

Read more: Former The Bill star pops up in Emmerdale

She left, moving to Singapore, after the affair was exposed and she realised her daughter would never forgive her.

Mia died in a car accident in 2011 and Ella returned for the funeral, which was held off-screen.

It was very clear she wasn't coping with her daughter's death and she left again, with Declan's sister Megan Macey later revealing Ella was engaged to someone else.