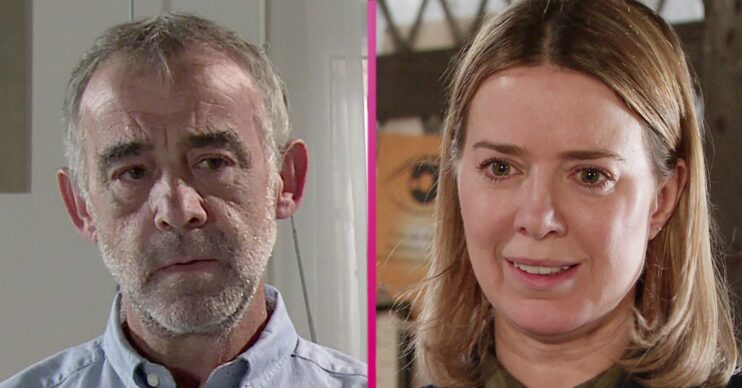 Coronation Street: Are Kevin and Abi really over for good? What happens next!

Coronation Street former couple Abi and Kevin appear to be over for good as she said she would move out of their home, but what happens next?

Last week, Abi gave birth to Imran’s baby, unaware she was pregnant until in labour. But as news spreads of Abi’s situation, Kevin found out about the baby.

In tonight’s episode (Wednesday, March 16) the local newspaper wrote a story about Abi leaving her baby at the hospital.

Kevin went to the hospital to see Abi, who was there waiting for news on baby Alfie as he was having an operation.

Although Kevin was aware he wasn’t Alfie’s dad, he believes Abi’s ex, Tez, is the father.

As Abi told him she’s trying to get custody, Kevin told Abi she could stay at his house while she fights for her son.

Coronation Street: Are Kevin and Abi really over for good?

Later Abi returned home and Kevin told her although he was hurt by what she had done, he still cared for her and didn’t want her to lose Alfie.

However when Abi moved in for a kiss, it became clear she had got the wrong idea.

When Kevin pulled away, Abi decided it was best if she did move out. Although Kev tried to persuade her to stay, she left the house. But does this mean Kevin and Abi are over for good?

What’s next for Abi?

Although Kevin knows about Alfie, he still doesn’t know who his dad is.

In Friday’s episode (March 18) Imran calls at the garage to see Kevin. He tells him that no matter what the circumstances, Abi’s entitled to maternity pay.

Will Kevin find Abi and be able to convince her to come and stay at the house? Could there be a chance for them in the future? And will he ever find out who Alfie’s father really is?