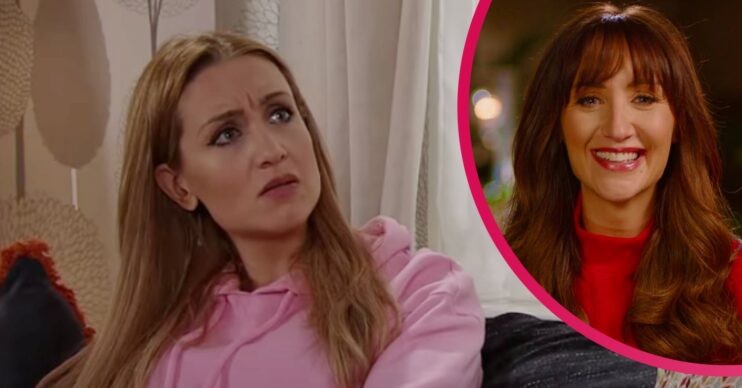 Catherine has previously stated she would like to return

Catherine Tyldesley has teased a potential return to Coronation Street, where she played Eva Price for seven years.

Catherine will be taking part in this years ITV’s All Star Musicals At Christmas.

Today (Monday, December 20) the actress, who is currently pregnant with her second child, appeared on Lorraine to talk about taking part in the show.

She also spoke about her Corrie character and a potential return to the show.

During her interview with Andi Peters, Catherine was asked if she would go back to Coronation Street and she said: “Of course and you know what never say never.

Read more: Coronation Street marriages that were doomed from the start

“I’m really enjoying doing lots of different things at the moment and next year, luckily, is already looking quite busy for me after baby but never say never because Corrie is such a special place and it was my second home for seven years and I adore everyone there.

“The writers are incredible, so never say never.”

What happened to Eva in Coronation Street?

Eva left Weatherfield in August 2018 to go to France with her baby daughter, Susie.

After leaving the soap, Catherine continued acting and even competed in the 2019 series of Strictly Come Dancing.

The writers are incredible, so never say never.

Although Eva has been away from the street for over three years, earlier this year Catherine revealed that she was offered the chance to return last year, but had to turn down the offer due to other filming commitments.

Speaking to Digital Spy back in April she said: “There was a storyline last year where Leanne’s little boy Oliver got very poorly and unfortunately died, and it made total sense for Eva to come back because why wouldn’t she?

“And they reached out to me, and it was so unfortunate that I’d already signed to do Viewpoint and the dates, we just couldn’t make it work.

“As a Corrie fan I felt like I’d let people down!”

She also added that she was “really gutted” that they couldn’t make it work.

Did you watch tonight’s episode of Coronation Street? Leave us a comment on our Facebook page @EntertainmentDailyFix and let us know what you think.