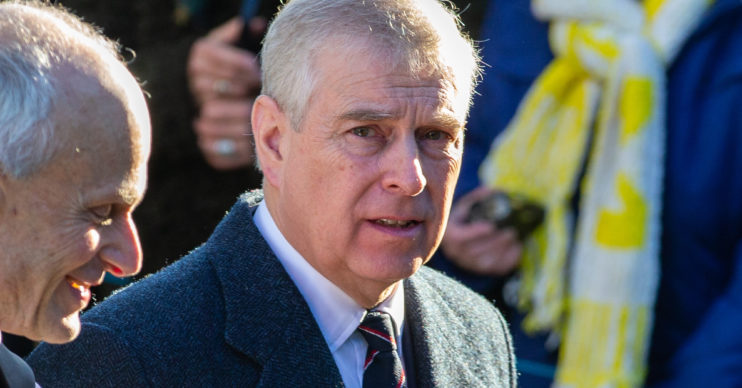 US summons Prince Andrew to be quizzed over Jeffrey Epstein

The Duke of York strongly denies any wrongdoing

America’s Department of Justice (DOJ) has formally told the UK Government that the royal is now part of a criminal investigation involving his former pal.

The Duke of York, 60, has previously refused to talk to US prosecutors looking into the late billionaires’ sex trafficking network and strongly denies any affiliation.

According to The Sun, the US Department of Justice has filed a “mutual legal assistance” (MLA) request to the Home Office.

MLA requests are “methods of cooperation between states for obtaining assistance in the investigation or prosecution of criminal offences”.

As a result, Andrew may be forced to give evidence in the upcoming months.

Read more: Meghan Markle ‘back to her old self before joining Royals’ says friend

It’s believed the MLA request was filed last month, with British officials yet to make a decision.

A source told the paper: “It’s a huge statement of intent from the US and it moves Andrew into the realms of a criminal investigation. It’s also frankly a diplomatic nightmare.

“The DoJ does not make a request of this nature lightly, especially one involving a senior member of the British royal family.

“It puts the UK government in a very difficult position – and the Duke of York even even more so.”

The news is yet another blow to the royal family, who previously made the decision for Andrew to step back from public duties permanently.

While he had hoped to return to public duties, the Queen and advisors reportedly decided his retirement should be permanent.

The move was made last year after the scandal broke surrounding his friendship with the disgraced Epstein and following his controversial BBC interview.

It emerged last year that Epstein was at the centre of sexual allegations.

While Prince Andrew was initially criticised for keeping in touch with the billionaire, it later emerged that he was also accused of being part of the scandal – something he denies.