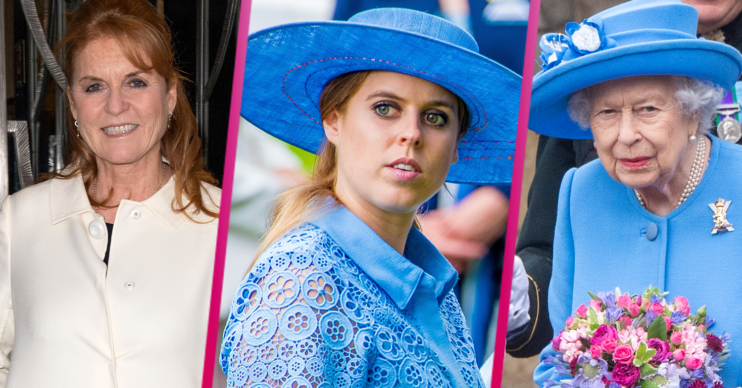 The Queen is in the news today (July 5) after awarding the NHS with the George Cross.

However, someone who was probably quite cross with the monarch herself when her eldest daughter was born is Sarah Ferguson.

It’s been reported that Fergie and then-husband Prince Andrew had a baby name all picked out for their new bundle of joy.

However, the Queen vetoed it, reportedly telling the new parents it was “too yuppie”.

The Queen news: So what happened with Sarah Ferguson and baby Beatrice?

When Princess Beatrice and husband Edoardo Mapelli Mozzi announce the arrival of their first child this autumn, they’ll have an “informal” chat with the Queen about his or her intended name.

It’s a royal tradition that members of the family must follow before sharing their new arrival’s name with the world.

Normally the monarch doesn’t have any issues with her new relation’s name and quickly offers her blessing.

However, according to The Sun, this wasn’t the case when Sarah and Andrew came to them with the name Beatrice back in 1998.

In fact, it appears the young princess’s name was such a split decision that it took the new parents two weeks to tell the world what she was called.

What did Sarah and Andrew want to call Beatrice?

Fergie apparently had her heart set on naming her daughter Princess Annabel.

However, the monarch’s feedback on the suggested name was that it was “too yuppie”.

Read more: The Queen is ‘enjoying the life Prince Philip would have wanted’, royal expert claims

For anyone not familiar with the 1980s term, a yuppie was a fashionable young middle-class person with a well-paid job.

The Queen instead suggested the name of Beatrice.

She is believed to have taken inspiration from Queen Victoria’s youngest daughter.

“The name was royal enough for the Queen but unusual enough to please Sarah,” a source said.

What’s in a name? The royal family follow tradition

The royal family are known for picking sentimental names for their children.

Prince William and wife Kate all have family tributes in their children’s names.

So what will Beatrice and Edo pick? And will the Queen give the name her blessing?

Roll on autumn when we find out!