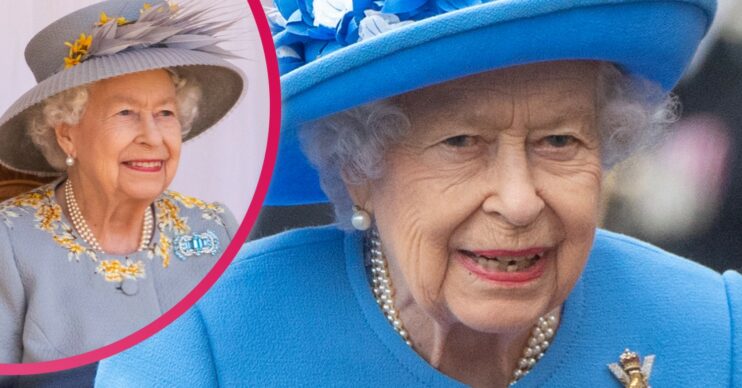 She has been all smiles during her recent engagements

The Queen is reportedly living “the life Prince Philip would have wanted” after returning to Royal engagements.

The 95-year-old monarch has hit the road in recent weeks, with an emphasis on in-person visits.

And all the while Her Majesty has done so with a smile on her face.

What did the Royal expert say about the Queen?

Royal expert Phil Dampier told the Daily Mail that while the Queen was devastated at her husband of 73 years’ death, she’s now living life to full.

“Some might think it is strange that she is so happy so soon after Prince Philip’s death, but I think there is a simple explanation,” he said.

Read more: Kate Middleton isolating after coming into contact with someone with Covid

“I’m sure she was devastated by his passing – after all they were married for 73 years. But I’m sure that he told her to enjoy what was left of her own life.

“He would not want her to sit around mourning him like Queen Victoria did for Albert, and I bet he would want her to carry on living life to the full.”

Phil went on to say that since the easing of lockdown, the Queen has found “new energy” since her husband’s passing.

During lockdown, the Royal couple spent a lot of time together looking back over their lives, he added.

Calling Her Majesty “practical and pragmatic” Phil also said that the Duke’s death had been expected.

But now, accompanied by close family members, she has attacked Royal engagements with “enthusiasm”.

Where was the Queen last week?

Only last week, the Queen travelled to Scotland for the annual ‘Royal Week’ visit, which was postponed last year because of the coronavirus pandemic.

Read more: The Queen news: Her Majesty’s best and most adorable outfits during her tour of Scotland

During her week in Scotland, she visited an Irn Bru factory, opened a museum at Stirling Castle and met with First Minister Nicola Sturgeon at Holyrood.

To round the week off, Her Majesty was seen laughing with family members at the Royal Windsor Horse Show.