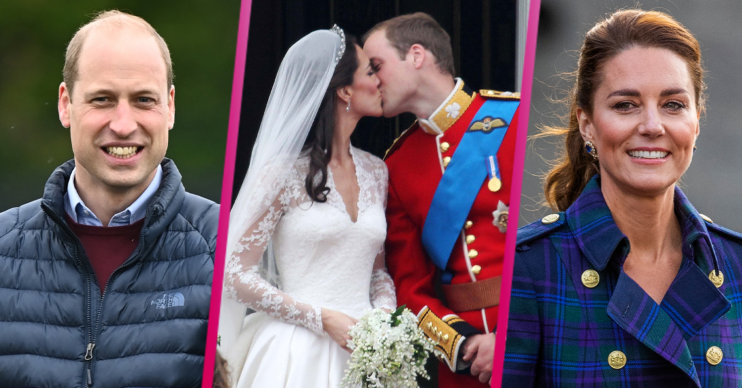 Royal insider: Why did Kate Middleton and Prince William split? A timeline of their romance

The road to love and happiness wasn't always plain sailing

They have one of the strongest relationships in the royal family but it wasn’t always that way for Kate Middleton and Prince William.

The royal favourites had a bit of a bumpy path to true love, and even split for a while once.

ED! has all the details in the latest of our royal insider features here.

When did Kate Middleton and Prince William get together?

Kate and William met and became friends in 2001, during their first year of university at St Andrews in Edinburgh, Scotland.

Read more: Is Kate Middleton a princess? Why isn’t her name styled like Princess Diana’s?

“We ended up being friends for a while, and that just sort of was a good foundation. Because I do generally believe now that being friends with one another is a massive advantage.

“And it just went from there,” he said.

Kate said that when she first met the prince she went “bright red” and “scuttled off feeling very shy”.

However, she added: “We did become very close friends from quite early.”

So when did love blossom?

During their second year at school, William, Kate and two other friends moved into a house together – although the royals were just friends at the time.

It’s thought they became a couple in 2003 and went public with their romance on a ski trip in 2004.

Read more: Does Kate Middleton get paid? What are her royal duties?

“We moved in together as friends because we were living together, we lived with a couple of others as well, and it just sort of blossomed from there really,” William admitted in their engagement interview.

After they graduated Kate and William headed back to London.

There, they were seen out on the party scene together. Kate was also seen with Prince Harry’s then-girlfriend Chelsey Davy supporting Wills at a polo match.

However, early in 2007, disaster struck and the pair split.

Why did Kate Middleton and Prince William split?

Early in 2007, the couple called time on their romance.

William later admitted: “Well, I think to be honest, I wouldn’t believe everything you read in the paper, but in that particular instance we did split up for a bit.

“But that was just, we both were very young, it was at university, we were sort of both finding ourselves as such and being different characters and stuff.

“It was very much trying to find our own way and we were growing up, and so it was just sort of a bit of space and a bit of things like that, and it worked out for the better.”

Kate, too, commented on the split, but it seems it was tough on her at the time.

“I think I at the time wasn’t very happy about it, but actually it made me a stronger person, you find out things about yourself that maybe you hadn’t realised.

“I think you can get quite consumed by a relationship when you are younger, and I really valued that time for me as well, although I didn’t think it at the time.”

When did they reunite?

The couple all but confirmed their romance was back on on July 1 2007 when Kate attended the Concert For Diana at Wembley Stadium.

Kate wasn’t seated with William and Harry, but she was sat a couple of rows back, signalling things were on the mend for the pair.

William and Kate went on to announce their engagement in November 2010.

He revealed he got down on one knee during a trip to Kenya with friends.

“I just decided that it was the right time really,” he said.

“We had been talking about marriage for a while so it wasn’t a massively big surprise. I took her up somewhere nice in Kenya and I proposed.”

“It was very romantic,” Kate added. “There’s a true romantic in there.”

The following year, on April 29 2011, the world watched as the couple officially became husband and wife.

And the rest, as they say, is history!

And, of course, they have three beautiful children – Prince George, Princess Charlotte and Prince Louis.