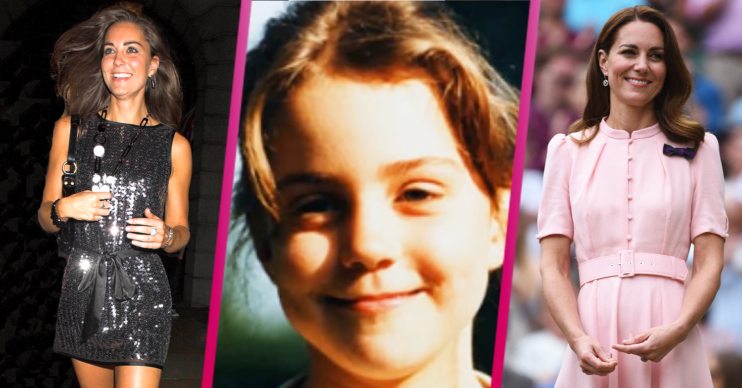 Life before royalty: 6 things you didn’t know about Kate Middleton before she joined the royal family

From child model to the royal family's leading light

Everything changed for Kate Middleton when she married Prince William back in 2011 and officially became the Duchess of Cambridge.

But while much is known of her life nowadays, what was life like for Kate before she entered the royal family?

Life before royalty: Kate Middleton lived overseas as a child

Born in Reading in January 1982, Kate was one of three children born to Carole and Michael Middleton.

She had an upper middle class upbringing, but did you know that she spent part of her childhood growing up overseas?

The family lived in Amman, Jordan, from May 1984 till September 1986, while Michael worked for British Airways.

While living in Jordan, Kate went to an English-language nursery school, and enrolled at St Andrew’s School in Berkshire upon her return to the UK at the age of four.

Although she was young, the country clearly holds a special place in Kate’s heart.

William headed off to the country on a royal tour without his wife some years later and he said she “loved” it there.

He said: “She loved it here, she really did.

“She is very upset that I am coming here without her.”

Although she didn’t meet William until she attended uni in 2001, Kate’s family has previously played host to members of the British royal family.

Michael Middleton’s family has blood ties to British aristocracy and benefitted financially from trust funds when they were first established.

And, in the 1920s and 30s, played host to various members of the British royal family, including Princess Mary – the only child of King George V and Queen Mary.

According to royal expert Katie Nicholl, Kate and William actually crossed paths years before they met at uni.

In the biography Kate: The Future Queen, Nicholl reveals Kate actually came across William when she was still a schoolgirl when William was nine years old.

Apparently, her school welcomed William’s school for a hockey game.

The book stated: “Although [Kate] wasn’t especially interested in boys, the arrival of one particular young man had caught her attention.”

Apparently, when Wills arrived at Kate’s school, all of the students were eager to catch a glimpse, including Kate.

Of course, she had no idea she was laying eyes on her future husband for the very first time!

The pair had something in common even at that age, Nicholls continued.

“William, like Kate, loved sports and was one of the best hockey and rugby players in his year,” she said.

Before marrying the future king, Kate lived in an apartment in Chelsea, London, owned by her parents.

It was estimated to be worth between £1 million and £1.4 million.

And, demonstrating her close bond with her sister, Kate lived in the apartment with Pippa.

She also lived with William before they married – the pair were flatmates and shared a house at uni.

Kate’s job before becoming a royal

Never one afraid of rolling up her sleeves and working hard, Kate had a proper job before becoming a member of the royal family.

In November 2006 she started work at fashion chain Jigsaw as an accessory buyer.

And the chain’s co-founder Belle Robinson has since admitted that she was “so impressed” with Kate’s work ethic.

She said: “There were days when there were TV crews at the end of the drive.

“We’d say: ‘Listen, do you want to go out the back way?’ And she’d say: ‘To be honest, they’re going to hound us until they’ve got the picture. So why don’t I just go, get the picture done, and then they’ll leave us alone.’”

Kate was also a good multi-talker, running errands and grabbing coffee for the team as part of the day-to-day role.

In fact, her former boss said she was just like any other employee at the company, eating lunch with her colleagues and mingling with all members of staff.

“She sat in the kitchen at lunchtime and chatted with everyone from the van drivers to the accounts girls. She wasn’t precious,” Belle revealed.

However, her time at Jigsaw came to an end after just 12 months when her relationship with Prince William started to progress.

Kate Middleton was once a child model

We all know that Kate caught William’s eye when she modelled a see-through dress at their uni fashion show.

However, that wasn’t her first time on the catwalk.

A young Kate Middleton also modelled for her parents’ company Party Pieces, appearing alongside sister Pippa in the catalogue.

Claudia Joseph, author of Kate: The Making of a Princess explained to CNN: “Kate and Pippa used to model for Party Pieces’ catalogues.”

Apparently they would often wear “t-shirts with their ages on them and hold cupcakes”.

Carole Middleton even wrote a blog post for the business’s 30th anniversary that mentioned her daughter’s modelling.

“Over the years all my children have played a huge part in it, from modelling for the catalogue to developing new categories for the brand,” she said.