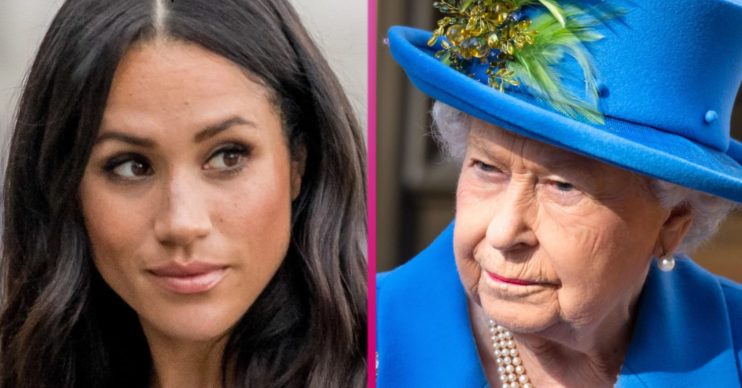 It portrays the Duchess of Sussex with the Queen’s knee on her neck. Titled ‘Why Meghan quit’, the depiction of Meghan says in a speech cloud: “Because I couldn’t breathe any more.”

The cartoon also represents the Queen as grinning and with red eyes and hairy legs.

Many social media observers thoroughly condemned the cover. Dozens of observers also accused the magazine of being racist itself.

“I just have no words for how disgusting that is,” fumed one Twitter user.

“How terribly insensitive! That’s unacceptable and they ought to know better!” raged another.

A third added: “The Charlie Hebdo cartoon about Meghan is vile and disgraceful.”

‘Wrong on every level’

“This doesn’t push boundaries, make anyone laugh or challenge racism. It demeans the issues and causes offence, across the board.”

I just have no words for how disgusting that is.

However, others were amused by the imagery.

“A genius cover, that’s why you’re discussing it,” one person declared.

Another suggested: “If it offends you, that’s your problem. Free speech is not negotiable. Your bullets or your words will not silence free speech.”

How the royal family have reacted to the Oprah interview

The race row unfolded earlier this week after Meghan claimed, during the Sussexes’ interview with Oprah Winfrey, that there were ‘concerns’ within the Royal Family about how son dark Archie’s skin colour might be when he was born.

Despite the fallout, the Queen was all smiles in her first public appearance since the interview on Friday (March 12).

She joked with school pupils, teachers and scientists during a video call to celebrate British Science Week.

And on Thursday (March 11), Prince William insisted the royals “are very much not” a racist family.