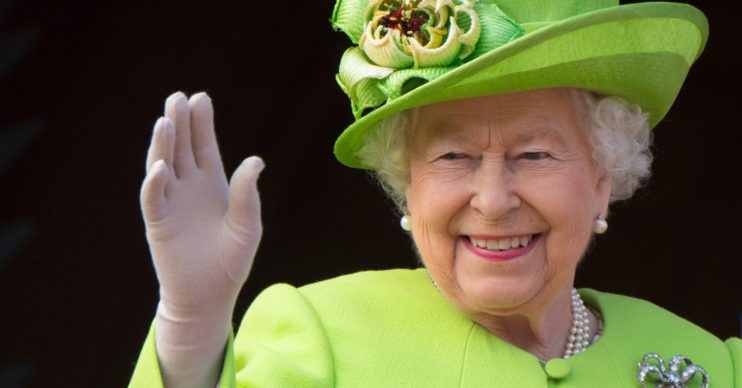 The Queen appeared to thank Royal Family fans in a blunder on the Firm‘s official Twitter account today.

This afternoon, the account – which boasts 4.3 million followers – left a number of people puzzled with a brief, unexplained message.

In an apparent blunder, the account tweeted, “Thanks” without any images or further information.

What did followers say about the Royal Family tweet?

And in the replies, the jokers came out in force as the tweet quickly racked up dozens of ‘likes’ and retweets.

One asked: “Stepping down?”

Another posted a GIF of Alice from the film Alice in Wonderland curtsying. It read: “It’s my pleasure.”

A number of others replied with variations of: “You’re welcome.”

Someone else shared a GIF from the Disney film Moana, which features a tune sung by Dwayne Johnson called You’re Welcome.

The tweet was taken down a few minutes after it was posted. ED! contacted the Royal Family for comment.

The Queen reunites with Will and Kate

It follows an eventful week for the monarch and others members of the Royal Family.

The Duke and Duchess of Cambridge, Kate Middleton and Prince William, have been on a mini tour of Great Britain, visiting lockdown heroes from various organisations to thank them for their work and dedication during the coronavirus pandemic.

They had the support of many royal fans, but some criticised the couple for moving between areas in different Tiers.

When it came to an end, fans were delighted to see the couple finally reunite with the Queen for a festive event at Windsor Castle.

And in other royal news this week, the Queen’s granddauther Zara Tindall announced she is expecting a third child with her husband, former rugby ace Mike Tindall.

A statement from the Queen and her husband Prince Philip revealed the couple’s ‘delight’ over the news.

A spokesperson said: “Her Majesty and the Duke of Edinburgh are aware and delighted.”