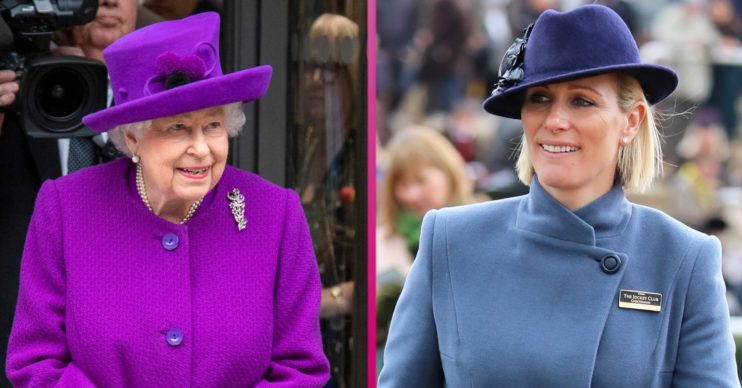 The monarch is fully aware of Zara and Mike's baby joy!

The Queen has revealed she is “delighted” for Zara Tindall and her husband Mike as they prepare to welcome their third baby together.

The 94-year-old monarch broke her silence on her granddaughter’s pregnancy news earlier today.

It comes after former rugby star Mike announced he is set to become a dad for the third time, with the couple already sharing daughters Mia, six, and Lena, two.

A Buckingham Palace spokesman said: “Her Majesty and the Duke of Edinburgh are aware and delighted.”

The couple are yet to be publicly congratulated by other members of the royal family.

When is Zara Tindall expecting her third baby?

While the Queen’s granddaughter is yet to confirm when she is due, doting dad Mike announced the exciting news with fans today.

Speaking on his podcast The Good, The Bad & The Rugby today, Mike said: “It’s been a good week for me, had a little scan last week – third Tindall on its way.”

He continued: “I’d like a boy this time, I’ve got two girls, I would like a boy. I’ll love it whether a boy or a girl – but please be a boy!

Her Majesty and the Duke of Edinburgh are aware and delighted

She told the Sunday Times: “You need to go through a period where you don’t talk about it because it’s too raw. But, as with everything, time’s a great healer.”

Zara added: “For me, the worst bit was that we had to tell everyone, everyone knew. I had to go through having the baby because it was so far along. I then had another miscarriage really early on.”

The couple previously tied the knot in July 2011.

Zara won’t be the only member of the royal family welcoming a new addition next year – with Princess Eugenie and her husband Jack Brooksbank also expecting their first child.