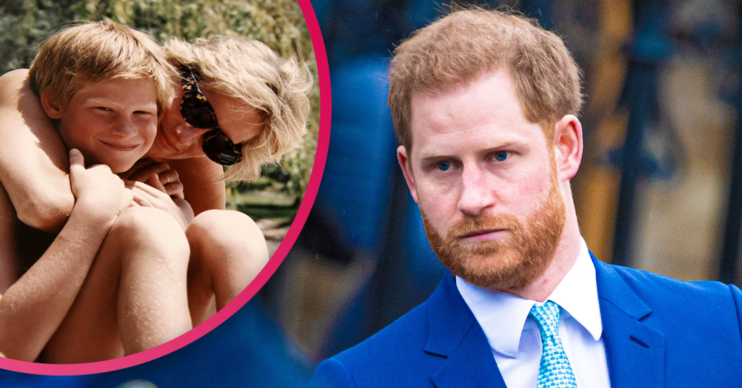 They memoir being written by Prince Harry will focus “heavily” on his mother’s death, one royal expert has claimed.

Not only that, it’s thought the book will also point the finger at who Harry thinks is to blame for the tragic accident.

Princess Diana died in a car crash in Paris in 1997, when Harry was just 12 years old.

So what will Prince Harry include in his memoir?

Well, it’s thought the book – out in late 2022 – will focus on Princess Diana’s death and who he blames, a “well-informed source” has revealed.

According to The Sun, royal author Angela Levin said that sources have confirmed to her that Harry’s book will “focus heavily” on the “terrible tragedy” he went through as a child.

She said: “I’ve been told by a well-informed source that Harry’s memoir will focus heavily on the death of his mother Princess Diana, and who he blames.

“It was a terrible tragedy, but sad the man can’t move on.”

What else will he include?

After his explosive Oprah Winfrey interview, it’s feared Harry will – among other bombshells – name the royal who questioned son Archie’s skin colour.

Speaking on Good Morning Britain yesterday (July 20), after the book deal was announced, Levin said she fears Harry risks “looking like a traitor” to his family.

She said: “If it’s going to be intimate, as he says, I fear he risks looking like a traitor to the royal family.”

And, she said, that she thinks his father Prince Charles will once again be in Harry’s firing line.

“I think he is going to smash [Prince Charles] again. I don’t know why,” she said.

“Does he want to destroy his family?”

So will Harry and Meghan attend platinum jubilee?

Prince Harry and wife Meghan Markle announced they were leaving the royal family in January 2020.

The couple now live in America, with Harry returning for his grandfather’s funeral and the unveiling of his mother’s statue.

Harry and Meghan were expected to be invited to attend the Queen’s platinum jubilee celebrations next year.

However, after the news of his book, it’s unclear if Prince Harry and Meghan’s invite will now be rescinded.