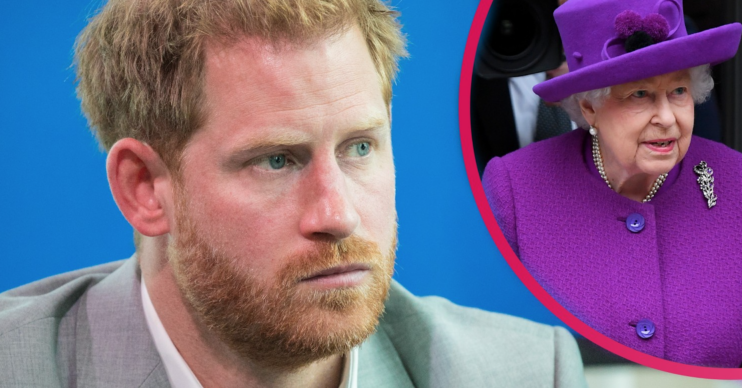 Could the book do more damage than good?

Prince Harry and his tell-all book will “sideline” him from the Queen’s Platinum Jubilee celebrations next year, reports claim.

The Duke of Sussex, 36, revealed that he is writing the memoir, which will be published in the same year as the Jubilee.

And sources have now claimed it’s “inconceivable” that Harry and wife Meghan Markle can be part of the celebrations.

How will the book Prince Harry is writing affect relations in Jubilee year?

The Sun reports that royal insiders fear it will go further than the couple’s incendiary interview with Oprah Winfrey earlier this year.

And with the Queen’s Platinum Jubilee – which celebrates 70 years on the throne – set to take place in June 2022, sources now say that Harry and Meghan are unlikely to be part of the plans.

The newspaper quotes a royal source, who said: “Everyone now thinks it is inconceivable that he and Meghan can be part of the Platinum Jubilee.

“Bringing it out in 2022 when the Queen is celebrating will dampen the party.”

Will the book burn bridges?

The “intimate and heartfelt” memoir will be released next year.

In a statement, Harry said: “I’m writing this not as the prince I was born but as the man I have become.”

However, fans fear that the book will burn any remaining bridges between him and his family.

What’s going to happen during the Jubilee next year?

Next year the Queen will become the first monarch in history to celebrate a Platinum Jubilee.

There will be an extended Bank Holiday weekend between Thursday June 2 and Sunday June 5.

On the Royal Family website it says Brits can expect lots more.

“The four days of celebrations will include public events and community activities, as well as national moments of reflection on The Queen’s 70 years of service,” it said.