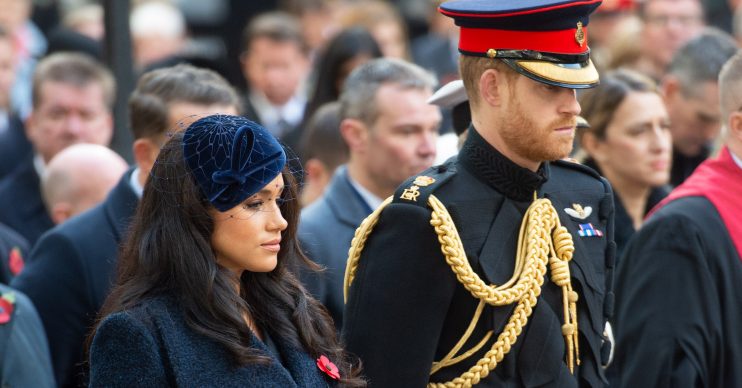 On Saturday evening, the Royal Family turned out for the Royal British Legion Festival of Remembrance held at the Royal Albert Hall.

Immediately, some questioned why the two couples were sat on opposite sides of the royal box. However, there’s a very simple explanation for it.

Harry, who is sixth in line to the throne, and the Duchess of Sussex were seated in the row behind.

It comes just weeks after Harry hinted at a rift with his brother in the ITV documentary Harry and Meghan: An African Journey.

“We don’t see each other as much as we used to because we are so busy but I love him dearly.”

When asked if there’s any truth to the persistent rumours that the brothers had fallen out, Harry didn’t deny them.

“The majority of the stuff is created out of nothing but as brothers, you know, you have good days, you have bad days,” he said.

Read more: Kate Middleton ‘could get her own TV show amid secret BBC talks’

Meanwhile, Harry more recently hinted that Meghan could be pregnant with their second child.

Last week, he and Meghan spoke to military families at the Broom Farm Community Centre in Windsor.

During the chats, one military wife revealed Harry was “quite interested in how things were with second children”.

She told ITV: “Harry was really quite interested in how things were with second children…

“We were trying to encourage him to have a second baby.”