Poor Motsi Mabuse inadvertently put her foot in it judging one couple on Strictly Come Dancing this evening.

Neil Jones made a welcome return after two weeks on the subs' bench due to injury.

He and partner Alex Scott performed an impressive routine, which Alex had practised with Kevin Clifton, her stand-in partner, for part of the week.

While praising the couple, Motsi explained it had felt like an affair, with Alex being with another partner, before reuniting with her main man. 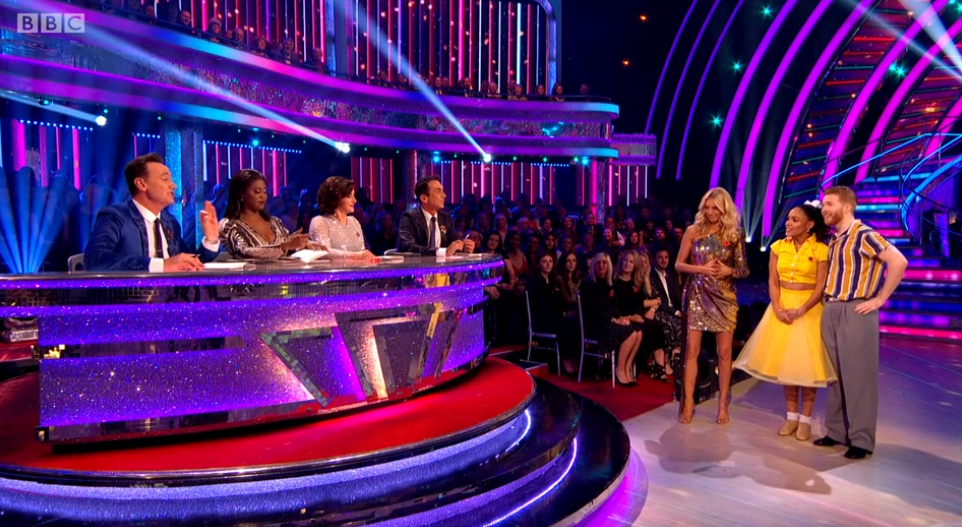 While it was a totally innocent comment, all everyone was thinking about was last series as Neil's then wife Katya hit headlines for her infidelity with her celeb partner Seann Walsh.

Bruno warned Motsi that her comment would create headlines, and Twitter was awash with amused remarks about her blunder.

motsi mentioning an affair when neil is literally standing right in front of her 💀💀 #Strictly pic.twitter.com/1pShcMFOf0

Still thinking about what Motsi said. Considering what happened to Neil last year, affair not really the best choice of words... 😶 #Strictly #SCD

Oh dear what a gaffe Motsi committed there. Look at Neil’s awkward expression. Quite a tactless comment #strictly #affair pic.twitter.com/jPLiADwUp2

This was me when Motsi was talking about having an affair to Neil #Strictly pic.twitter.com/TYYd5CDsgM

#Strictly Motsi talking about affairs in front of Neil pic.twitter.com/KKiAeJJd33

What are you making of tonight's show? Leave us a comment on our Facebook page @EntertainmentDailyFix and let us know what you think of this story.