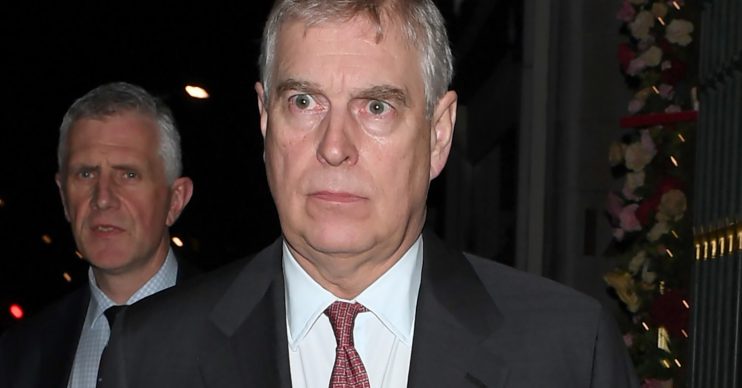 Prince Andrew has been pictured for the first time in months alongside his ex-wife Sarah Ferguson.

The former couple – who share two daughters – were preparing care packages for staff at the Thames Hospice in Windsor.

The pictures, shared by Fergie’s assistant Antonia Marshall, showed Andrew in a burgundy shirt and trousers as he delivered the packages.

@sarahferguson15 and @hrhthedukeofyork packing all the care packages for @thameshospice in Windsor today. The York Family are a wonderful and steadfast unit and through this crisis, are continuously helping others. So proud of them all… @princesseugenie #beatrice @florislondon @kikas_cupcakes #coronavirus #teamwork #yorkfamily #windsor #donations @nhsengland @nhsenglandldn

Andrew is seen showing the contents of the bag to his ex-wife in one snap.

The 60-year-old’s seen holding boxes containing the care packages in another.

The York Family are a wonderful and steadfast unit and through this crisis.

They then delivered them to Thames Hospice.

The post was captioned: “@sarahferguson15 and @hrhthedukeofyork packing all the care packages for @thameshospice in Windsor today.

“The York Family are a wonderful and steadfast unit and through this crisis, are continuously helping others.

In November last year, Prince Andrew revealed he was stepping down for the “foreseeable future” in the wake of the Jeffrey Epstein scandal.

Why did he step down?

The royal confirmed he would no longer take on royal duties as he thought his relationship with the billionaire paedophile had caused “major disruption to his family’s work”.

He also said it caused disruption to “the valuable work” at the various organisations and charities he supports.

He added: “I have asked Her Majesty if I may step back from public duties for the foreseeable future, and she has given her permission.

“I continue to unequivocally regret my ill-judged association with Jeffrey Epstein.

“His suicide has left many unanswered questions, particularly for his victims.

In November 2019, Andrew appeared on Newsnight in an attempt to explain his friendship with Epstein.