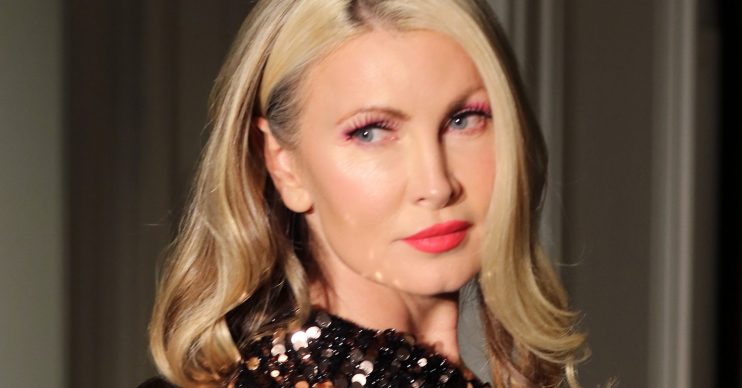 It reportedly happened during a date with the Royal in 2000

Dancing On Ice’s Caprice Bourret was allowed to try out The Queen’s throne during a date with Prince Andrew, according to reports.

Caprice, 48, apparently enjoyed a two-month ‘friendship’ with the Prince, now 60, in 2000 and was said to have been invited to Buckingham Palace in London.

A source has even told The Sun on Sunday that during one of those visits, he let Caprice park her backside in The Queen’s famous seat after giving her a peek inside the exquisite Throne Room.

If true, this is likely to have been a breach of Royal protocol given the secretive nature of the American model’s visit.

The insider told the newspaper: “He took her to Buckingham Palace twice, and on one occasion she sat on the Queen’s throne.”

Prince Andrew and his wife, Sarah Ferguson, divorced in May 1996.

But although he was footloose and fancy free, the source claims there was no romance to be had on Caprice’s side.

“She did think it a bit strange that he wanted to hang out as, from her side, there was no chance of a snog – she didn’t fancy him,” the insider added.

She did think it a bit strange that he wanted to hang out as, from her side, there was no chance of a snog…

Caprice, who appeared in this year’s Dancing On Ice, was said to have met Prince Andrew at a charity dinner, after being placed on the same table as him.

The pair also enjoyed several meals out together at posh restaurants, but they were strictly platonic.

In the June 2000 issue of Tatler magazine, Prince Andrew described Caprice as “incredibly pretty” but insisted that there was nothing of “significance” to report.

He told the glossy magazine: “Of course I know Caprice. But just because I have dinner with someone who is blonde and incredibly pretty, it does not mean it should end up in the newspaper as something of any significance.”

In more recent times, Prince Andrew – who is dad to Princess Beatrice and Princess Eugenie – has come under fire for his friendship with the late convicted paedophile Jeffrey Epstein.

In November 2019, Andrew appeared on Newsnight in an attempt to explain his friendship with Epstein – but the interview was dubbed “disastrous” by viewers.

The Prince has since been accused of providing ‘zero cooperation‘ in the ensuing investigation and has been urged to do so.