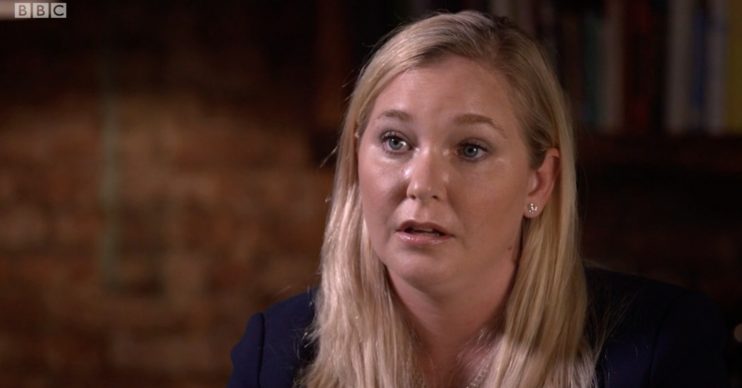 Virginia Roberts has spoken out in Panorama special

The episode, aired last night (2.12.19), saw Virginia describe her employment by controversial lawyer Jeffrey Epstein and her alleged sexual liaisons with the Duke Of York.

Epstein, who died in prison in August, was arrested for sex trafficking underage women in New York and Florida and was friends with the Andrew.

Virginia claimed in the programme that she was ordered to have sex with the Prince in 2001, aged 17, after visiting Tramp nightclub with Andrew, Epstein and their mutual friend Ghislaine Maxwell.

Virginia recounted dancing with the Prince, describing him as “the most hideous dancer.”

“His sweat was all over me, like it was raining,” she recalled. “I was grossed out from it, but I knew I had to keep him happy because that’s what Jeffrey and Ghislaine would expect from me.”

Virginia continued her story and described what happened next, alleging that Epstein and Ghislaine asked her to do to the Prince what she had previous done to Epstein.

It didn’t last very long, the whole procedure. It was disgusting.

“It didn’t last very long, the whole procedure. It was disgusting,” she said.

“I sat there in bed feeling horrified and ashamed, and felt dirty so I had to get up and have a shower.”

She claimed to have had sex with Andre three times in total.

“I had just been abused by a member of the Royal Family.

“I hadn’t been chained to a kitchen sink but these powerful people were my chains.”

In a disastrous BBC interview two weeks ago, Andrew denied the allegations and doesn’t even recall ever meeting Virginia.

He also said that at that time a medical condition made him unable to sweat, while he also claimed that he was at Pizza Express in Woking on the evening in question.

An email from 2015 when the allegations against him first arose, was exposed during the programme.

It showed Andrew say to Ghislaine: “Let me know when we can talk. Got some specific questions to ask you about Virginia Roberts.”

“Have some info. Call me when you have a moment,” she replied.

Did you watch the documentary?

What did you think of Virginia’s interview? Leave us a comment on our Facebook page @EntertainmentDailyFix and let us know what you think of this story.