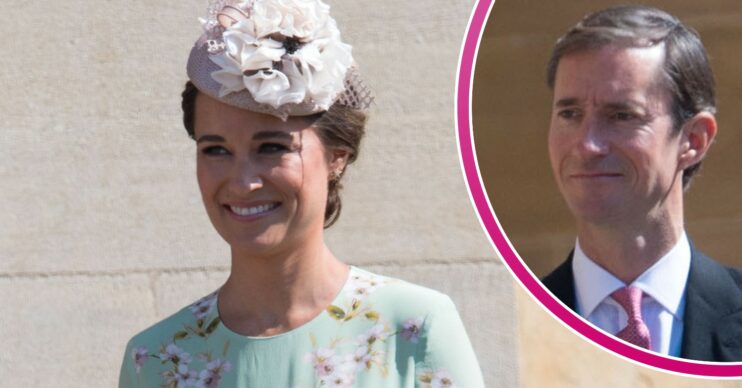 Report claims Pippa is mother to a daughter again

Pippa Middleton and her husband James Matthews have reportedly welcomed their third baby into the world.

US magazine PEOPLE claimed on Monday (July 11) evening that Kate Middleton‘s sister gave birth “a couple of weeks ago”.

The report claims Pippa, 38, is mother to a daughter again, having had another little girl.

The publication reports that Pippa gave birth in the Lindo Wing of St. Mary’s Hospital.

That is where Kate had all three of her children – Prince George, Princess Charlotte and Prince Louis.

Read more: When The Middletons Met The Monarchy: Who’s who in the Duchess of Cambridge’s family?

The Cambridge siblings are all royal cousins of the reported new arrival.

A third child for Pippa would be the sixth grandchild for hers and Kate’s parents Carole and Michael Middleton.

There’s not yet been confirmation from Pippa and James about whether they’ve welcomed their third child.

ED! has approached a representative for Pippa Middleton for comment.

Pippa was last seen in public during the Platinum Jubilee celebrations.

She and her ‘bump’ attended the Party at the Palace concert in a green dress.

Pippa and her family are thrilled – it’s a very exciting time in their lives.

But ‘confirmation‘ about her pregnancy was only reported a few days ago.

An unnamed source recently told the Daily Mail: “Pippa and her family are thrilled – it’s a very exciting time in their lives.”

Pippa and hedge fund manager James, 46, married in May 2017 in Berkshire. He was previously a racing driver.

James’ brother is reality TV personality Spencer Matthews from Made in Chelsea.

James will one day inherit the title Laird of Glen Affric from his father, who owns an estate in Scotland.

Pippa and James’ first child, a son named Arthur, was born in October 2018.

Meanwhile, their first daughter, Grace, was born in March 2021.