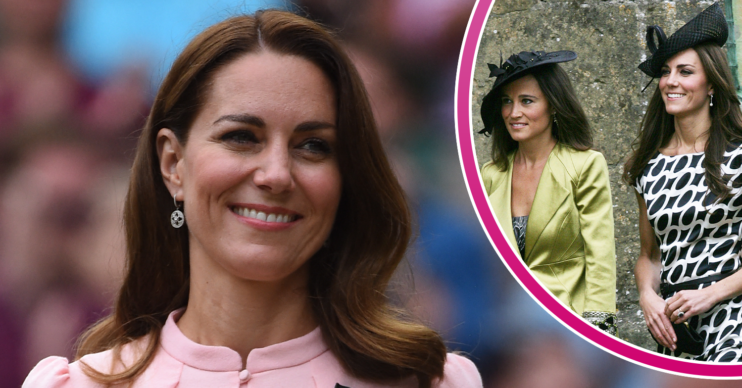 The Middletons are said to be 'thrilled'

The Duchess of Cambridge’s younger sister, 38, is said to be “heavily pregnant”, according to reports.

Mother-of-two Pippa already has two children – Arthur, three, and Grace, one, with her husband James Matthews.

Duchess Kate to be an auntie again?

According to reports, Pippa was pictured with what appeared to be a bump at the Queen’s Platinum Jubilee last month.

But now a friend of the couple has “confirmed” the news, according to reports.

Read more: Kate Middleton ‘classy as always’ as she makes nod to Queen at Wimbledon

According to the Daily Mail, Pippa and James are “thrilled” by news of the new arrival.

Not only that, the source claimed: “Pippa and her family are thrilled – it’s a very exciting time in their lives.”

ED! has contacted a rep for Kensington Palace and Pippa Matthews for comment on this story.

Pippa and James on the move?

It is also reported that the couple are “looking forward to living closer to her parents” after splashing out £15m on a new home in Berkshire.

The mansion is said to be close to Pippa’s parents – Carole and Michael Middleton – and is nearby her brother James’ home.

A family source told Hello! at the time: “Mother and baby are doing well.

“The baby is perfect, everyone is overjoyed at such a happy arrival.”

Carole told the magazine: “I hope to see more of my family than I could last year.

“Including, of course, my new grandchild.”

And now, according to reports, it seems the family are set to have another happy addition.