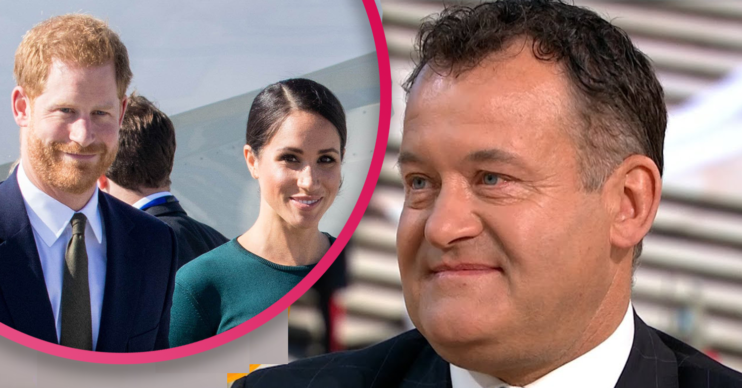 New book Finding Freedom alleges that Harry’s fallout with his brother Prince William was sparked by his snobbish attitude towards Meghan.

Meghan and Harry have denied any involvement with the book – which was written by Carolyn Durand and Omid Scobie, who are considered to be close to the couple.

However, some have questioned how true this is.

When asked for his thoughts on the book, Paul said on GMB: “I think the information is accurate, I think it did come from very good sources and it probably came indirectly from the top.

“As we go back to Andrew Morton’s book with Princess Diana, she denied any knowledge of this book in the very beginning and then it came out that she had helped journalists.

“This will come out in time.”

He added: “[The book has] accurate information and I’m not sure it’s a good thing.

“Looking back in the past, is it good to wash all this laundry in public?”

Prince William ‘is not a snob’

Although Paul believes the information did come from Meghan and Harry, he stressed that he did not believe the claims made about William.

He said: “William is not a snob, that is not true. He would only show concern for his brother.

“By marrying someone and bringing them into the Royal Family, trying to educate them and say it’s not easy for anyone marrying into this family and I am concerned about you, all William showed is concern.

“William is rational and calm. Harry is fiery and hot at times, so there was conflict between them.”

Paul added that he hopes the royal brothers will be able to put an end to their rumoured feud.

He said: “There’s a void between them and that void should be filled by their mother, who isn’t here.

“I would like to think that maybe Kate will step into that void and bring those boys back together.