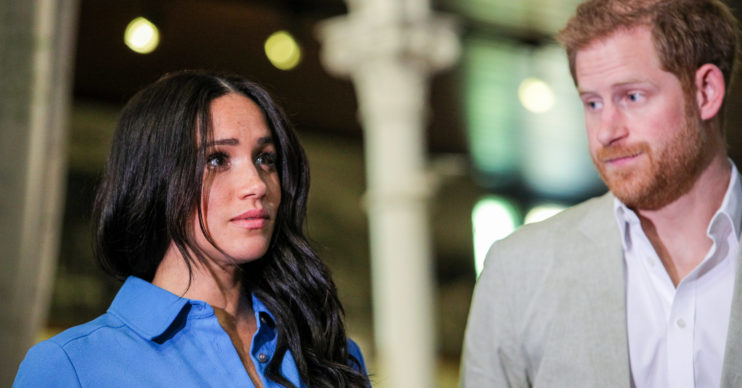 She is worried about him

Meghan Markle is said to be worried about how much Prince Harry misses home.

Harry is struggling to settle into their life in Los Angeles, according to a new report.

A source close to the couple told new! magazine that Meghan thinks Harry is ‘homesick’ and missing the UK.

Meghan, Harry and their 11-month-old son Archie officially stepped down as senior royals on March 31.

Last month, they headed to Los Angeles to start a new life, cutting ties with UK tabloids in the process.

Read more: Meghan Markle ‘heartbroken she can’t visit her mum due to coronavirus

But now reports claim Meghan is concerned that Harry is not getting on as well as she hoped.

“This could be the toughest test that Harry and Meghan have gone through since they got married,” an insider told the magazine.

“Harry is feeling homesick and that’s taken Meghan by surprise as he thought the move was the right decision at the start of all this.”

The source said that Harry had to get used to life in a totally different location.

He is also adjusting to a change in terms of who is allowed to know about the couple’s private lives and the decisions they make.

Meghan worries the stress is taking its toll

“Meghan has some concerns that the stress of ‘splitting’ with the royals may be taking its toll on Harry,” the source said.

This could be the toughest test that Harry and Meghan have gone through since they got married.

The insider claimed Harry misses “elements of his old life” such as “the routine, his old friends and, of course, the daily contact with his family”.

It comes after Dr Jane Goodall revealed that she has been in contact with Prince Harry. She said he is having a hard time getting used to his new life.

However, Harry said recently he was enjoying having lots of family time. We hope he gets used to his new life soon.

What do you think of this story? Did Prince Harry make a terrible mistake, or were the couple doing the right thing by stepping down as senior royals? Go to our Facebook page @EntertainmentDailyfix and leave a comment to let us know how you feel.