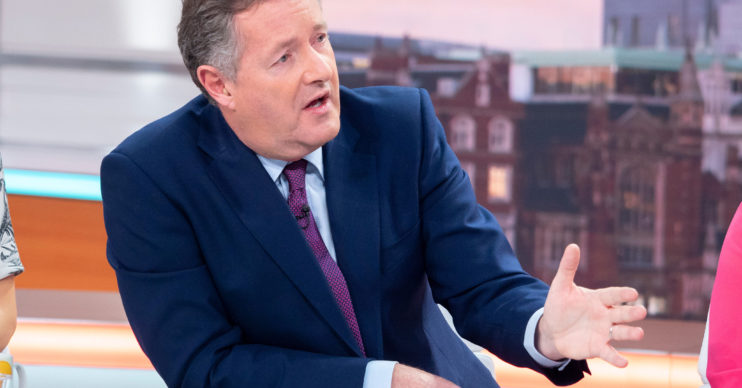 Piers Morgan has hit out at Prince Harry and Meghan Markle once again for announcing their “zero policy engagement” with newspapers.

Addressing his 7.3million followers, Piers wrote: “Imagine announcing this in the middle of a global pandemic?

It comes hours after the Duke and Duchess of Sussex announced they would be adopting a “zero engagement” policy with four UK newspaper groups – the Daily Mail, the Daily Mirror, The Sun and the Daily Express.

In a letter sent to editors, Harry and Meghan explained they were happy to collaborate with “journalists and media organisations all over the world,” but they would not “offer themselves up as currency for an economy of clickbait and distortion”.

The letter read: “The Duke and Duchess of Sussex will not be engaging with your outlet. There will be no corroboration and zero engagement. This is also a policy being instated for their communications team, in order to protect that team from the side of the industry that readers never see.

“This policy is not about avoiding criticism. It’s not about shutting down public conversation or censoring accurate reporting.

“Media have every right to report on The Duke and Duchess of Sussex, good or bad. But it can’t be based on a lie. They also want to be very clear: this is not in any way a blanket policy for all media.”

Despite their lengthy explanation, some agreed with Piers’ tweets.

One wrote: “Totally agree…thousands dying across the planet…who gives a damn…the new world we live in now shows to me who really matter…and right now they are those on our front line saving lives as we speak.”

Another said: “They are becoming very annoying tbf!”

While others thought the TV host was hoo harsh, writing: “Leave them be. They’ve got a child, for goodness sake, and a life to lead.”

A second agreed, saying: “So much hate.”

The Duke and Duchess’ previous issues

It comes as no surprise that Harry and Meghan have taken the decision to ban certain newspapers.

Last year, Harry slammed the “painful” and “relentless” press coverage against his wife.

Meghan also revealed she was suing the Mail on Sunday for “unlawfully” publishing a letter from her to her father, Thomas Markle.

The Duke also admitted his “deepest fear is history repeating itself” in reference to the press’ treatment of his late mother, Princess Diana, who died in a car crash in Paris in 1997.

Head over to our Facebook page @EntertainmentDailyFix and let us know if you agree with Piers.