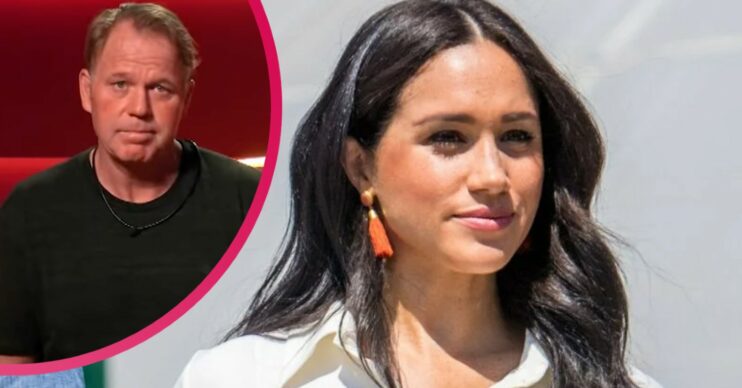 'It was very immature and I truly regret it'

In latest Meghan Markle news, her estranged brother Thomas Jr has finally apologised to the duchess in a shock letter.

The 55-year-old has made a string of claims about his sister and Prince Harry while taking part in Big Brother VIP.

But it appears that Thomas Jr has taken a huge U-turn over his past actions.

In 2018, prior to Meghan and Harry’s wedding, Thomas Jr wrote a letter to the duke criticising his sister.

Addressing the royal in The Sun, he shared: “Dear Prince Harry, It’s not to late, Meghan Markle is obviously not the right woman for you.

“As more time passes to your Royal Wedding, it becomes very clear that this is the biggest mistake in royal wedding history. I’m confused why you don’t see the real Meghan that the whole world now sees.”

He added: “Meghan’s attempt to act the part of a princess like a below C average Hollywood actress is getting old.”

However, during an episode of Big Brother VIP Australia, he has since apologised to the couple.

He read out his latest message alongside a fellow contestant, explaining that the previous letter was wrote out of “hurt”.

What else did Meghan’s brother say?

Thomas Jr said: “And I want both of you to know it did not come from the real person that I am, but came from a very dark and hurt part of my heart…

“I am not a mean person at all, and I have more love inside me to give than anything.

“I was very hurt and confused because of the amazing bond and relationship we shared growing up together and all I could do was put up a defence wall to protect my heart.”

In addition, he shared: “I know that it was very immature and wrong and I truly regret it.”

Thomas Jr went on to explain that he “struggled” with Meghan’s overnight fame.

“I would have never tried to communicate any of my feelings in the media. I feel like a complete [bleep] for what I have done, and I am truly sorry for that,” he concluded.

“Meg, if I could really turn the clock back, I would truly tell you that I am so, so proud of you and truly I am so happy for you and Harry. And I love you.”

During his time on the reality show, Thomas Jr has made a series of shock remarks about his 40-year-old sister.

In one episode, he claimed he was once close to Meghan who he last saw in 2011.

However, it all changed once the former Suits actress tied the knot with husband Harry, 37.

Read more: Piers Morgan takes swipe at Meghan Markle as he calls for the Queen to ‘take their titles away’

Thomas Jr shared: “Money changed her, money and fame went to her head really bad. I guess when you are introduced to the one percent of society – that is most likely the reason that happened to her, when she didn’t have anything before.”

Speaking about their relationship, he alleged: “She just walked all over him and dumped him, that fast. After being married, she sent him the ring in the post. Is that cold or what?”